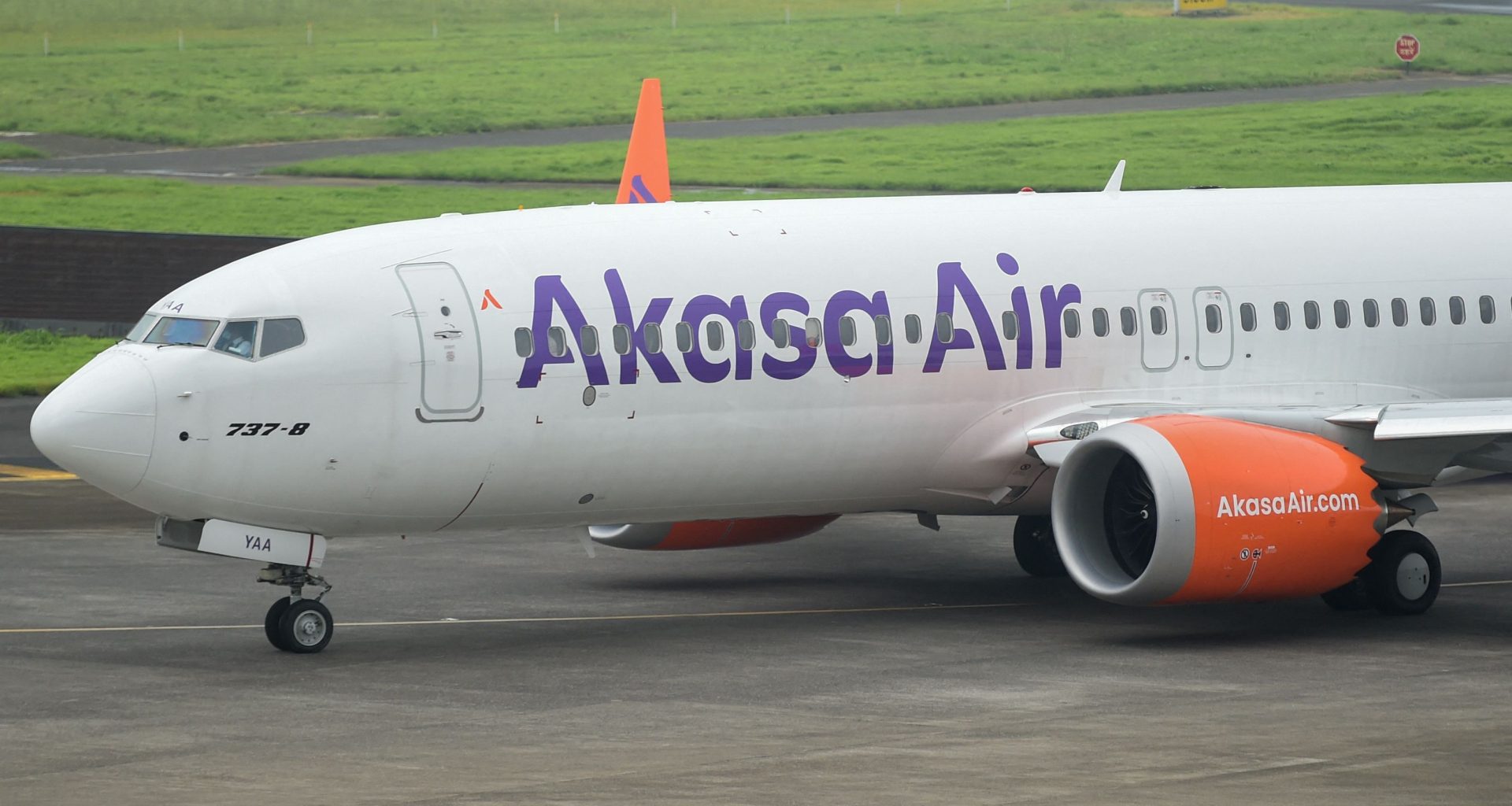 To say that Akasa Air’s initial journey is somewhat different from other carriers won’t be an exaggeration. The airline was conceptualized during the COVID pandemic, gained substantial investment within a year, chose to focus more on regional routes right from the start, opted to have its cabin crew wear comfortable sneakers made of recyclable rubber, and is already two months into operations.

So, what have the last 60 days looked like for the carrier, and what’s in store for the future? We find out.

The senior management of Akasa Air released official statements on October 6th, to mark the completion of two months of operations, and so far, they’re happy with the way things have shaped up.

Yes, there have been a few hiccups along the way, such as the unforeseen demise of its primary investor Mr Rakesh Jhunjhunwala and a data security breach, but overall, Vinay Dube, Akasa’s Founder and Chief Executive Officer, is happy. He commented,

“We are delighted that a significant number of flyers have already chosen to fly with us and are very pleased with the positive feedback we have received on our product and service.”

According to the DGCA’s latest monthly data, Akasa Air has a load factor of 52.9%. When asked about these figures, the carrier’s Co-Founder, and Chief Commercial Officer, Praveen Iyer, said that there’s more than meets the eye as far as these numbers are concerned.

Iyer added that traditionally, new airlines often struggle with load factors of less than 50%, and so they’re happy that Akasa Air managed to cross that mark. He said they’re witnessing load factors close to 80% now and that the next DGCA update will reflect the strides made in that department.

Akasa’s chosen workhorse is Boeing’s latest generation 737 MAX aircraft. The plane was drowned in controversy not too long ago and was grounded for more than a year and a half. Boeing itself hasn’t displayed the best delivery practices in the recent past, but its MAX deliveries seem to be on time.

Akasa is confident that Boeing will deliver all planes on time. Photo: Akasa Air

Akasa Air is already in possession of six MAX planes as of October 6th and remains on track for receiving 18 aircraft by March next year. The first 19 of these planes will have a configuration of 189 seats, but from the 20th aircraft onwards, the fleet will start featuring high-capacity variants with 197 seats.

This is one of the reasons why the airline has managed to expand its network the way it has so far. It has carried 100,000 passengers in the last 60 days and has a network that features eight destinations now, including the country’s largest airport, Delhi (DEL), which it will start serving from October 7th.

With an aircraft arriving every 15 days, Akasa looks on track to operate 300 weekly flights by October end. The carrier has also made it clear that it doesn’t want to wait too long before starting international operations. As soon as it reaches the required mark of 20 aircraft in its fleet, it will begin planning offshore flights.

Sustainability in focus, but no commitment to SAF as of now

Akasa’s entry has come at a time when sustainability has become a yardstick to measure an airline’s business approach. And the carrier is doing its bit to be as green as possible and, judging by its current practices, seems to be the greenest airline in India at the moment.

By virtue of being a new airline that has opted for brand new and fuel-efficient 737 MAX planes, Akasa scores substantial “green” points. According to Boeing, The 737 MAX 8 reduces fuel use and CO2 emissions by an additional 14% over today’s most fuel-efficient single-aisle airplanes – and 20% better than the original Next-Generation 737s when they first entered service.

Then there’s the cabin crew uniform. The trouser and jacket fabric has been specially made for Akasa Air, using recycled polyester fabric, which is made from pet bottle plastic salvaged from marine waste.

Akasa also broke the norm in India and chose sneakers for its flight attendants. The soles of these shoes are carved from recycled rubber and manufactured without using plastic. Even the packaging of its in-flight meals is made from recyclable material.

But what about sustainable aviation fuel (SAF)? Is Akasa ready to dive into the deep end of the sustainability pool and invest in eco-friendly fuel? Not yet. Dube was candid in his reply to the SAF question and said that while sustainable fuel is something that is on the airline’s radar, at the moment, it is not commercially viable for Akasa to spend on SAF.

Akasa also made pet owners happy by announcing that it will soon launch a pets-on-board service, allowing domesticated cats and dogs to travel on its planes.

Bookings for pets open on October 15th for pet-friendly flights starting from November 1st. And the airline seems prepared to go ahead with the plan, having tied up with an NGO – Umeed for Animals Foundation – for expert advice on best practices for accommodating pets on planes.

The airline will soon have a pets-on-board service. Photo: Getty Images

For those intending to travel with pets, Akasa will provide more information closer to the booking date.

While 60 days are not enough to judge an airline’s full potential, Akasa has given some fair points to talk about. Of course, it is yet to make a significant dent in the Indian domestic sector, and with rival airlines, most notably IndiGo, watching its every move, Akasa is staring at still competition.

As it solidifies its network heading into the festive season, followed by the traditionally busy winter months, the figures from the coming months will reveal Akasa’s true progress.

Have you traveled Akasa Air yet? What do you think of the airline’s progress so far? Please leave a comment below.

Home Airline News On The Move: Etihad Airbus A380 Flies After 2…