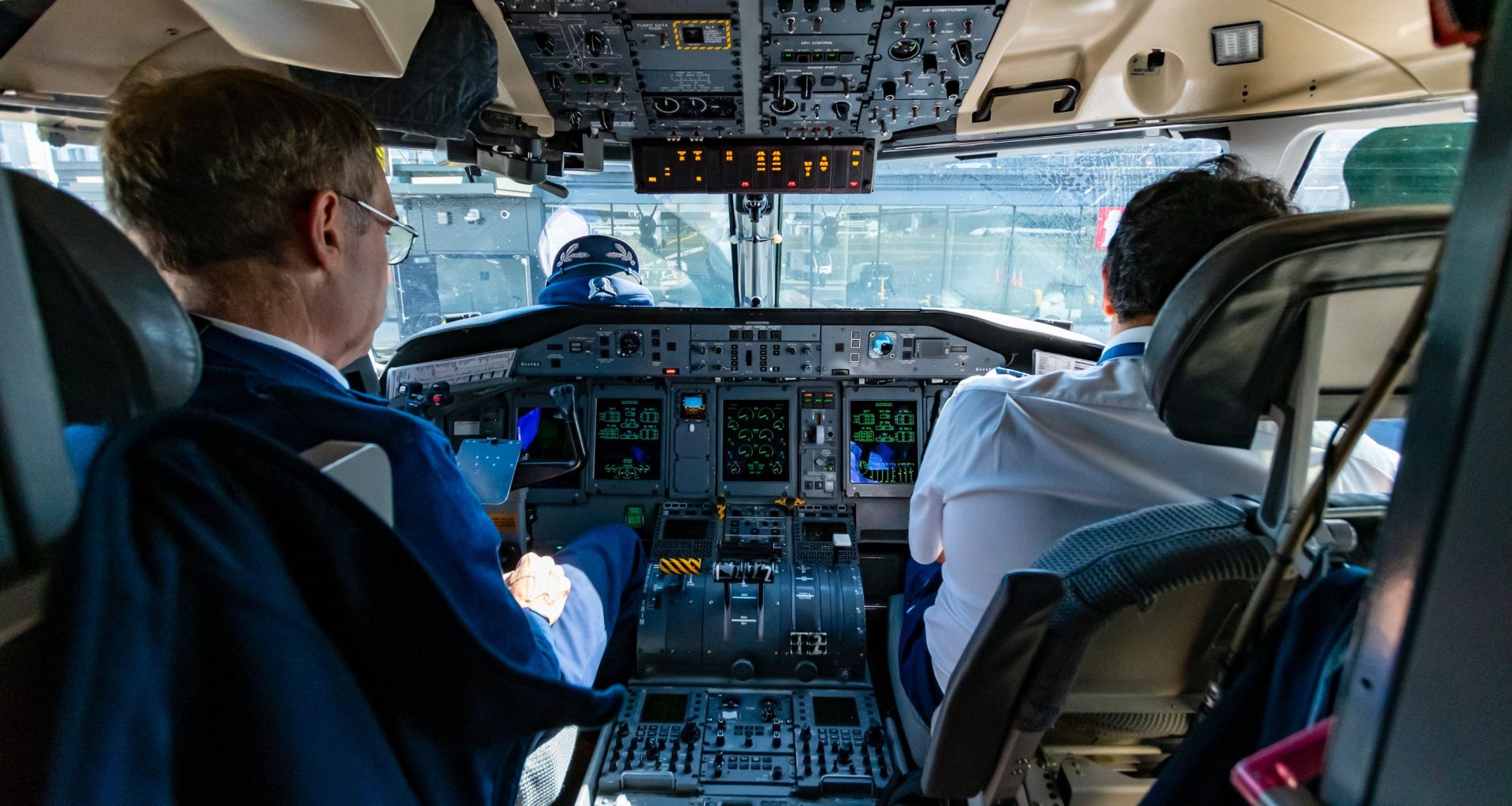 The Alaska Airlines regional subsidiary Horizon Air and the pilots’ union representatives, the International Brotherhood of Teamsters, have ratified the previously covered Tentative Agreement/TA as a new contract. Ratification by 99% of the 91% of Horizon Air pilots that voted now means that Horizon Air co-pilots earn at least $90 an hour, with pilots earning at least $149.18 an hour.

Horizon Air’s more than 700 pilots, who are represented by the International Brotherhood of Teamsters (IBT), voted to ratify a new agreement aimed at supporting the company’s pilots and retaining talent as mainline airlines continue hiring pilots away from regional airlines at record levels.
Photo: Alaska Airlines

The new pay scale, with DOR = Date of Ratification, with the previous pay rate preceding, is below:

There are also other new benefits in this contract – such as a procedure for addressing pilot fatigue in creating a Fatigue Review Panel or FRP. The FRP will consist of a Chief Pilot’s Office representative, a company safety representative, and two union safety committee representatives. The FRP will review all fatigue reports, adjust the claimant pilot’s pay, and share fatigue risk information with flight operations and safety. Plus, Horizon Air pilots will receive a 150% pay premium for flying on a holiday if this contract is ratified.

Turbulence for US regional airlines

According to Ethan Klapper with The Points Guy, SkyWest – the major US regional airline that feeds the major airlines – is now taking on debt to prepare to meet the new market rates for regional pilots and co-pilots. In the new contract for Horizon Air, if SkyWest’s pay outpaces Horizon Air, there is a trigger to raise the Horizon Air wage above SkyWest’s.

This bidding war for regional aircrew should concern US airport communities. Already SkyWest has attempted to withdraw service from 29 airports – and was blocked. Plus, SkyWest plans to remove seats from Bombardier CRJs to help alleviate pilot shortage issues, and according to Aero Crew News, its pilots are seeking to open negotiations for a new contract.

Furthermore, Piedmont Airlines – which is a regional airline owned by American Airlines – is increasing first-year Captain’s pay from $78 per hour to $146 per hour (an 87% rise) and first-year first officer pay from $51 per hour to $90 per hour (a 76% rise). This new contract ratified a few months ago is necessary to recruit and retain enough Piedmont pilots and co-pilots to fly all of the airline’s fleet of regional jets. Piedmont – as well as its American Airlines counterpart Envoy – have cut routes this summer.

Skift reported several months ago that more communities served by small regional aircraft might lose service. Skift also reported that Alaska Airlines’ first officers start at $92 an hour, but a deal seems near with Alaska Airlines’ mainline pilots and co-pilots.

Alaska Airlines, in a September 16 statement, explained how the main airline and its regional airline Horizon Air are moving forward;

The pilot shortage and the transition to a single fleet of Embraer 175 aircraft has resulted in a temporary reduction of Horizon’s scheduled flying. Nonetheless, Horizon continues to fly to every community we serve. Regional air service provides essential support for economic development and strong local communities. We’re committed to ensuring this service remains strong into the future.

Horizon Air to remain competitive in attracting and retaining pilots

Ultimately Horizon Air will be able to attract and retain pilots as the airline transitions to an all-jet regional airline supporting Alaska Airlines. For Joe Sprague, president of Horizon Air,

We are focused on making Horizon the regional carrier of choice for pilots, and this agreement positions us well. I’m grateful to our pilots and to our colleagues at the IBT for their collaboration and hard work in getting to this point. Together, we are positioning Horizon for a strong future.

To Horizon pilot and IBT 1224 Executive Council Chairman Henry Simkins, wages were the priority in labor negotiation to get to pilot retention. As Simkins explained,

In light of recent wage increases across all segments of our industry, significant improvements were necessary for Horizon Air to remain competitive in attracting and retaining pilots. We appreciate management’s investment in our skilled professionals that continue to safely deliver our wonderful passengers every day.

Clearly, an amicable deal was struck to arrive at mutual goals.

What are your thoughts? Let us know with civility in the comments.