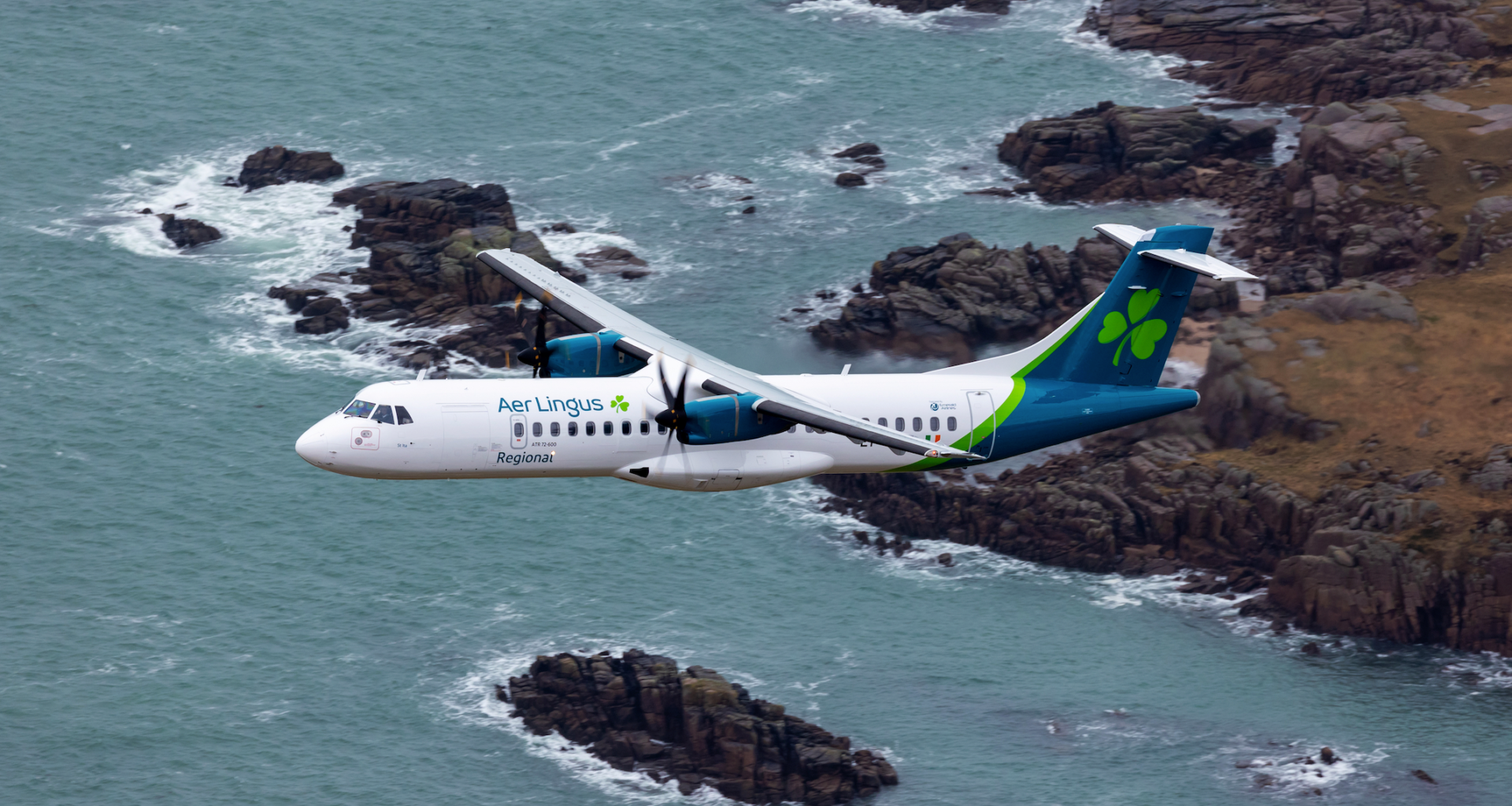 Aer Lingus To Launch Seasonal Flights Between Belfast And Jersey

Irish carrier Aer Lingus has announced that it will launch direct flights between Belfast and Jersey next summer. Services on the new route will begin on May 6th, 2023, and will run throughout the summer season.

The twice-weekly flights from George Best Belfast City Airport (BHD) to Jersey Airport (JER) will be operated on Wednesdays and Saturdays by Emerald Airlines on behalf of Aer Lingus Regional, using the ATR 72-600 aircraft.

Aer Lingus already operates flights from Dublin to Jersey, but the Belfast service will mark the first direct connection between Northern Ireland and the Channel Islands since 2013. The airline expects that 6,000 passengers will fly on the route next summer.

Timings are the same for both the Wednesday and Saturday services.

Flights will be operated by ATR 72-600 aircraft belonging to Emerald Airlines. The carrier has a total of 14 ATR 72-600s in its fleet, each seating 72 passengers. After having been confirmed as the operator for Aer Lingus Regional in August 2021, Emerald Airlines began flying for the airline in February 2022.

“It is a great vote of confidence in our future that airlines are offering new routes and improving our connectivity. We already have a successful link with Dublin, and this route will strengthen our connections and expand travel options for both islanders and visitors.”

UK domestic tourism was boosted throughout the pandemic, and Jersey Airport’s recovery has so far been strong. Pre-pandemic, the airport saw a peak of 1.7 million passengers per year, falling to just 400,000 in 2020. In 2022, airport bosses expect to see 1.35 million passengers, rising to 1.58 million next year.

The airport’s post-pandemic recovery has not all gone smoothly, however. Earlier this summer, Jet2 revealed that it was cutting its Jersey schedule, with flights from Manchester (MAN) being discontinued, and those from both Birmingham (BHX) and London Stansted (STN) facing frequency reductions. The airline cited reduced demand as the reason for the changes.

While its main hub is at Dublin Airport (DUB), Aer Lingus has also developed a significant presence at George Best Belfast City Airport, thanks to its subsidiary Aer Lingus Regional.

It currently operates year-round flights to eight destinations around the UK, including Edinburgh (EDI), Glasgow (GLA), and Southampton (SOU). In addition, the airline will be launching a seasonal service from Belfast City to Cornwall Newquay Airport (NQY) next summer. Four-weekly flights are set to begin on April 3rd, 2023.

Aer Lingus itself also operates to London Heathrow (LHR), but this route will end on October 30th.

Will you be booking to fly on one of Aer Lingus’ new domestic routes next summer? Share your plans by commenting below.