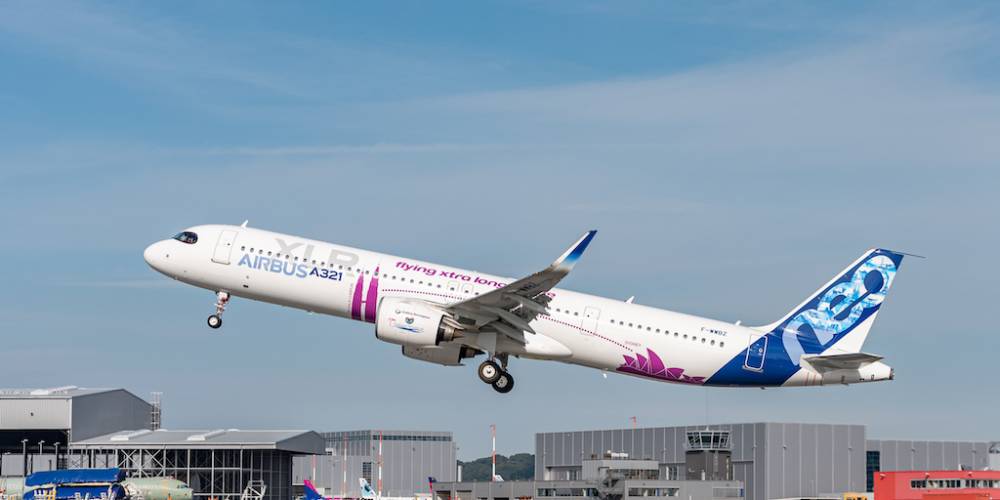 Airbus executives expressed confidence the European OEM will achieve its targets of delivering “around” 700 commercial aircraft this year and a return to pre-Covid levels of close to 1,000 aircraft by the middle of the decade. Attaining some 700 commercial aircraft deliveries against the backdrop of disruptions in the global supply chain “is anything but a walk in the park,” stressed Airbus Chief Financial Officer Dominik Asam during the company’s capital markets day on Friday. “But we are fully engaged with our suppliers to deliver on our commitments to customers.” Airbus works with about 3,200 suppliers and some 3 million parts come through the manufacturer’s doors each day, said Airbus CEO Guillaume Faury.

Asam set aside concerns of some analysts that Airbus would miss the 700-delivery target since the company has delivered only 382 aircraft in the first eight months of the year, leaving some 320 units left for delivery in the last four months. “We have faced a similar back-end loaded delivery during pre-Covid years,” Asam noted. Airbus will achieve the step change in monthly delivery levels—from an average of 47 aircraft per month from January through August to an average of 80 aircraft per month—by “continuing to focus on delivering aircraft that we have in stock and are almost finished. This includes the gliders for which the recovery plan is on track,” he said.

The number of what Airbus describes as “gliders”—aircraft on the ground waiting for delivery of their engines—fell to fewer than 10, down from 29 at the end of June.

Airbus aims to achieve a production rate of 50 A320-family aircraft per month by the end of the year and still targets a ramp-up to 75 per month in 2025 “to satisfy customer demand,” noted Faury. He insisted there “is a need” to produce 75 A320-family jets per month, though he acknowledged it would be “hard to get there,” especially owing to engine supply issues. “Ramping up to a rate of 75 is very difficult for the engine makers. They have a very complex supply chain and long lead times, but we and [Pratt & Whitney and CFM International] keep targeting a rate of 75 for 2025,” he said. Airbus reached an agreement on engine delivery volumes with both Pratt & Whitney and CFM International for 2023 and 2024, he added. The airframer plans for an interim monthly production rate of 65 per month for the A320 twinjet family from early 2024.

The planned A320 family production rate increase includes a gradual shift towards the larger A321neo, according to Asam. Airbus’s A320 family backlog almost exclusively consists of neos and the share of the A321neo variant—including the long-range A321LR and future A321XLR. This backlog amounts to about 60 percent, up from 45 percent in August 2019. The company expects that proportion to grow to 70 percent, he said.

Airbus produces six A220s per month and aims for a monthly build rate of 14 by mid-decade. A stretch version “makes a lot of sense for us but, at a certain time,” Faury said, indicating the A220 program—which now consists of the -200 and the -300—would need to turn a profit before Airbus commits to developing the A220-500. The Airbus backlog includes around 800 A220s.

Regarding the widebody market, Faury indicated Airbus wants to strengthen its position and grab market share from Boeing. “We want to do something on the widebody [market] similar to what we have done on the narrowbody,” he said, adding that the launch of the A350F last year accounted for part of the ambition. Airbus’s widebody segment overall, however, remains unprofitable but should break even next year. “By 2023, we expect to turn a corner financially,” Asam told analysts, pointing out that the A350 had reached break-even prior to the pandemic.