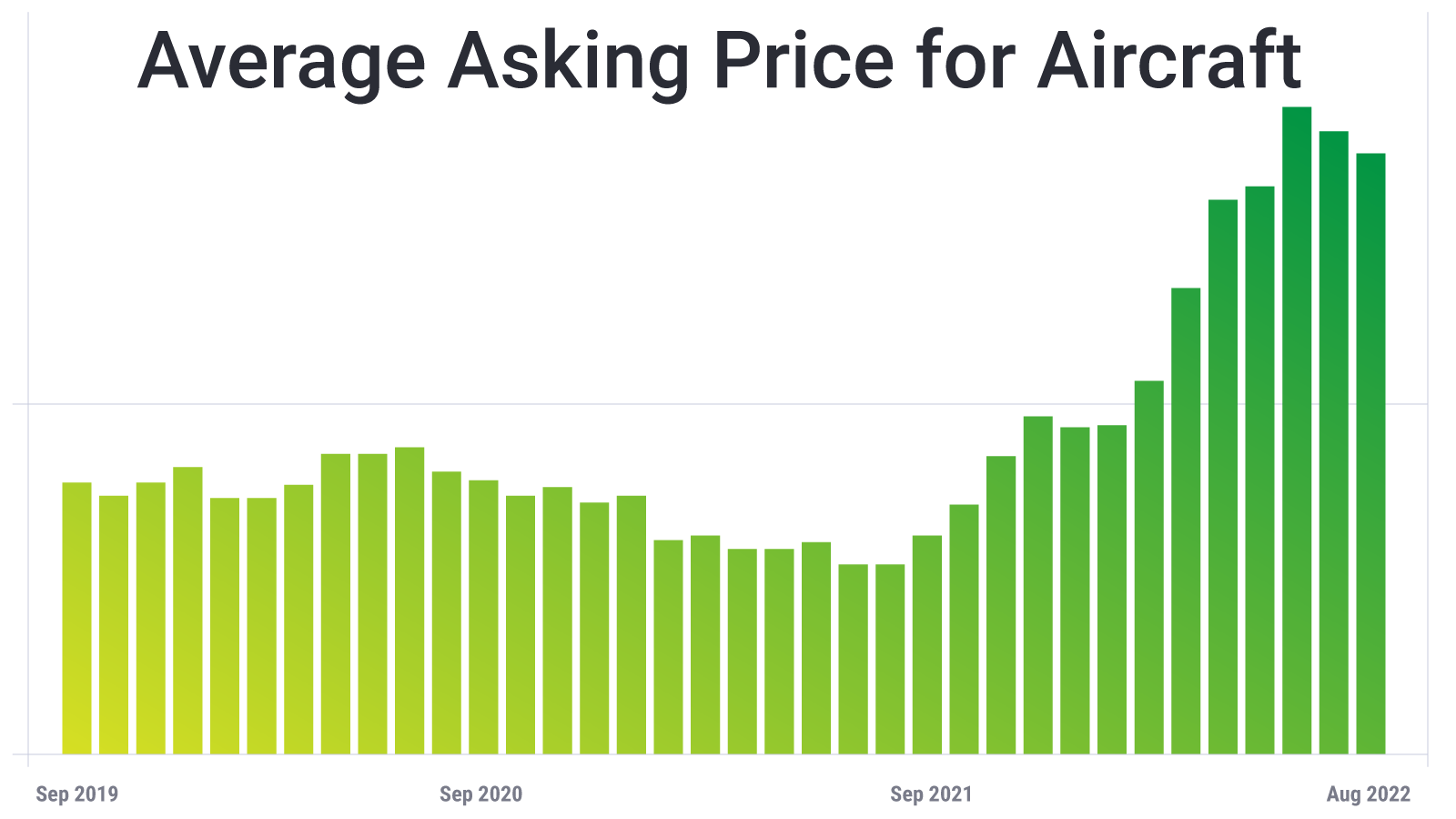 Aircraft Values Have Skyrocketed; Are You Underinsured?

This post is brought to you by our partners at Sunset Aviation Insurance.

In fact, piston aircraft hull values have increased more than both turboprops (+29 percent) and business jets (+24 percent). Many pilots are aware that hull values have been increasing, but aren’t aware it’s at an unprecedented rate. This trend leaves many owners asking, “Do I have financial exposure in the event of an accident or storm damage?”

Just like the housing market, many aircraft Bluebook listings haven’t caught up to the actual market value. A good question to ask yourself is, “What would it cost to replace my aircraft in today’s market?” If you have been renewing with the same value each year, chances are it’s underinsured by at least $100,000. Assuming you haven’t adjusted the hull value since pre-COVID, here’s how much of an increase you’re looking at on average:

Sharp Increase in Piston & Turboprop Aircraft Value Between 2021 and 2022 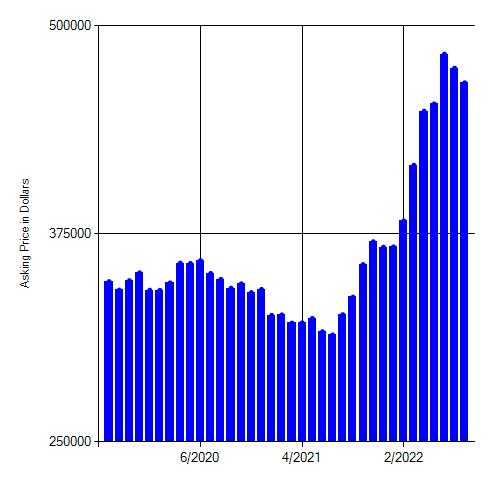 Based on these changes, there has been a lot of discussion in owner and operator forums this year about increasing the hull values of their aircraft. I’ve noticed many pilots and aircraft operators who have been in the industry for a long time mention the importance of insuring an aircraft based on its current market value.

Another interesting trend supported by data is the lead time for new deliveries from manufacturers, such as Pilatus, Cirrus, Piper, Daher, etc. Manufacturers at EAA Oshkosh 2022 confirmed that if you want to purchase a new business aircraft, you may experience a significant waiting period.

Sure, there’s a chance that people may cancel their orders, but these lead times indicate a significant number of orders and demand which has also led to an increase in aircraft value. Needless to say, the global pandemic and resulting supply chain disruptions have had a massive impact on the aircraft industry, giving pilots and owners plenty to consider when insuring their aircraft.

How To Check If Your Aircraft Is Underinsured

Most of the time aircraft owners can request to increase the hull value to what they believe to be the current market value by simply notifying their insurance broker. However, under certain circumstances, underwriters will request further justification. This can include maintenance logs, receipts for upgrades in avionics, interior, and equipment. Additionally, pilots may be asked to acquire a formal appraisal from an Accredited Aircraft Appraiser.

How To Determine If You’re Under/Over Insured

There are several resources available to owners who need to determine whether their aircraft is under or over insured, including:

How Much Could It Cost You To Be Underinsured?

There are lots of reasons why you don’t want to underinsure your aircraft. It’s a moral hazard to underinsure it. Essentially, an insurance policy is a contract between you and your insurance company where you are agreeing to sell your aircraft for the agreed value. If it is underinsured you can be out of a lot of money which would be the difference between the agreed value you have it insured for, minus the cost to replace it at current market value.

To determine how much it could cost you if  your aircraft is underinsured, let’s consider a recent example.

A pilot requested to increase the hull value of their Commander 1000 aircraft to $1 million based on their understanding that leading Commander sales brokers have been consistently selling similar Commanders for $1 million to 1.5 million.

However, there was push back from the underwriter based on the Average Bluebook Value. Since the Bluebook value of the aircraft was approximately $437,000, the underwriter declined the request without a formal appraisal and an estimated parts cost for the upgrades (labor not included).

While an appraisal costs around $1,000, it is a small price to pay if the pilot would like to accurately insure the hull value of his aircraft. If they settle for the Bluebook value, they could be underinsured by an amount anywhere between $563,000 to $1.06 million.

While a sane pilot never intends to crash his or her aircraft, there are a slew of risks outside their control that could damage the aircraft, including:

If the aircraft is undervalued and therefore underinsured, the pilot could be left holding the bag. This is a perfect example of the importance of completing an accurate valuation of your aircraft based on market value. Once a proper valuation is completed, the most common option for aircraft hull insurance is to insure for the market value +/- 10 percent. If it is over insured or underinsured, it creates a type of  “moral hazard.” If a claim is made against the aircraft and it’s under insured, the insurance company is more incentivized to “total” the aircraft and pay the Agreed Value to the owner while profiting on the actual market value.

Will Hull Prices Eventually Drop Back to Pre-COVID Levels?

Many people speculate, “Just wait a few months and the market will readjust lower.” While it’s true, the market has adjusted a bit lower from the peak, it has yet to come close to resetting to pre-pandemic levels.

We have seen the volume of transactions decrease by 16 percent while prices increase by 12 percent, meaning there is less inventory available.

I understand the view some people hold that pre-owned airplane prices will come down. They probably will at some point. However, I’m not so sure new Citation prices will come off dramatically as I’m sure Textron’s costs have increased or will increase when they renegotiate their supply contracts.

Will My Insurance Premium Increase If I Increase the Hull Value?

Insurance premiums are a rate of the hull value, so yes, your premium will increase proportionately to the agreed value of your aircraft. Rates are a sliding scale, though, so the higher the hull value, the lower the rate.

When’s the Best Time To Update the Hull Value on Your Policy?

The best time to discuss increasing the hull value of the aircraft is upon policy renewal. A request can be made to change the value anytime but most underwriters aren’t partial to altering the hull value mid-term, unless there are substantial circumstances.

If you’re a pilot or aircraft owner reaching the end of your policy terms, I’d invite you to contact Sunset Aviation to discuss your renewal options. We’ll answer any aircraft insurance questions you may have and ensure your aircraft is fully covered based on the current market value.