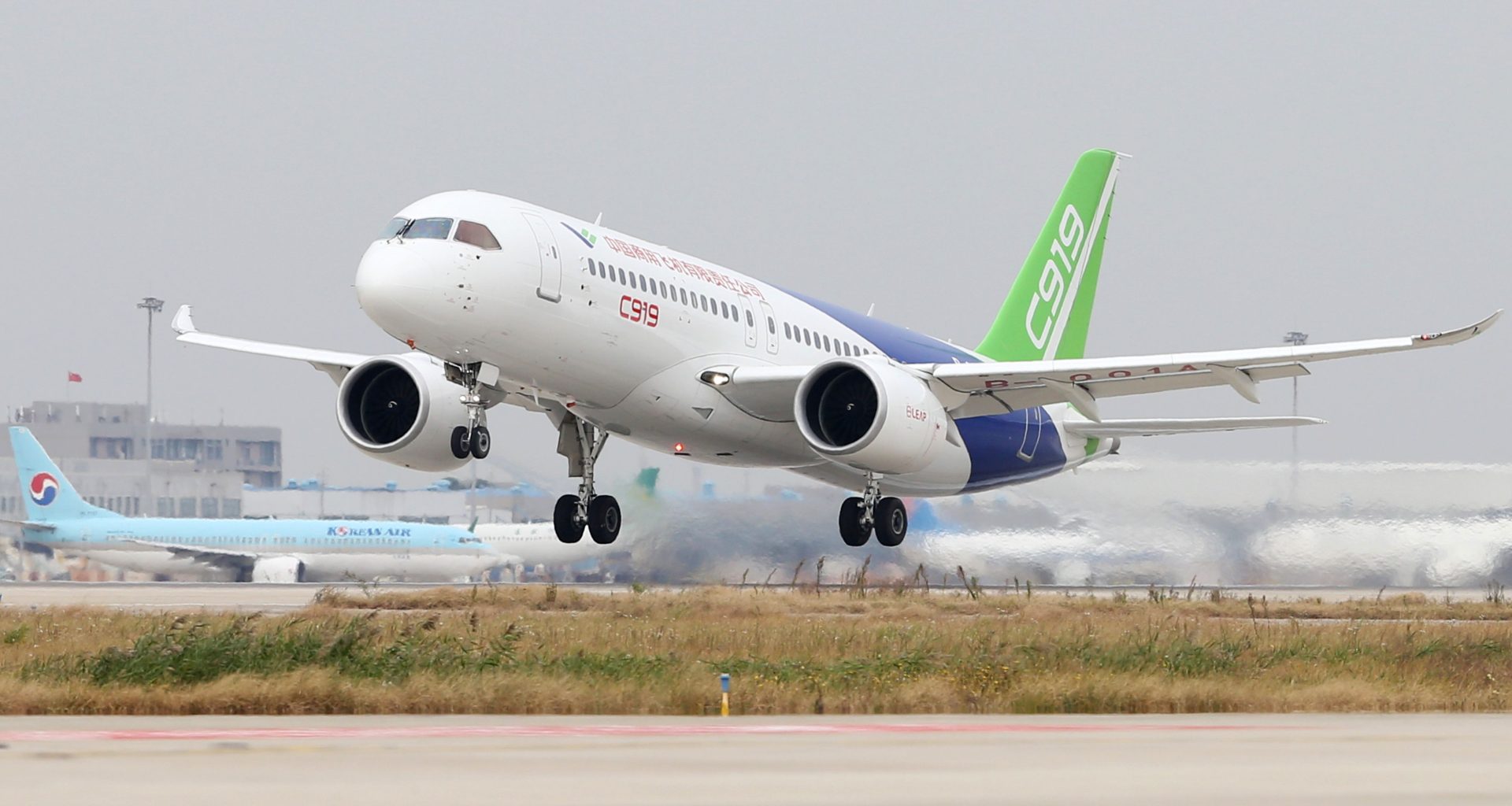 COMAC’s first Chinese-produced narrowbody aircraft, the C919, has today received its type certification from the Civil Aviation Administration of China (CAAC). The certification was awarded at a grand ceremony in Beijing Capital Airport, marking the start of China’s entry into the wider commercial aviation market.

The certification of the C919 means it is finally ready to enter service, and has passed all the applicable Airworthiness Standards for Transport Aircraft (CCAR-25-R3) under Part 25 of the China Civil Aviation Regulations. It is hoped that the first aircraft will be delivered to launch customer China Eastern Airline this year.

Hopes for the COMAC C919

The airplane is China’s hopes of breaking the Airbus-Boeing duopoly, and the nation has high hopes for sales to pick up to the global market. However, to date, mainly Chinese buyers have firmed up orders for the type, with major investors including Hainan Airlines, China Construction Bank (lessor) and Air China. However, GECAS has ordered 10 with 10 further options, which could, theoretically, end up anywhere.

Nevertheless, it is a momentous occasion for Chinese aviation, and has been a long time in the making. Originally started as a project in 2008, COMAC targeted a maiden flight of the type in 2014. Production of the first prototype began in 2011, with annual production targeted to reach 150 aircraft by 2020.

But huge budgetary overruns and teething troubles with the technical side of airplane production saw the timeline slip further and further into the future. Eventually, a completed prototype began high-speed taxi tests in 2017, with the first aircraft taking to the skies in May 2017. In December that year, a second prototype took flight, but things were moving very slowly.

Prototypes three, four, and five had all begun flying by October 2019, and the very last of the test campaign aircraft, prototype six, took flight in December that year. Since then, the test aircraft have been put through their paces, testing for everything from extreme weather conditions to avionics and electrical system conformity.

The first pre-delivery flight took place in May this year, with aircraft B-001J completing a three-hour flight. The aircraft bears the livery of Chinese airline OTT Airlines, a subsidiary of China Eastern, and should arrive with the airline later this year. However, it may well be the only C919 to be delivered to a customer in 2022.

Some challenges to overcome

When the C919 was first floated, some airlines in the west showed interest. Indeed, European low-cost giant Ryanair had agreed to cooperate on the development of the aircraft, including the signing of an MoU for a 200-seat variant. While Michael O’Leary has expressed ongoing support for the plane in recent years, it might look less attractive now.

The issue is that, after its first pre-delivery flight, the list sales price of the C919 was revealed to be 653 million yuan (US$101 million), which is getting very close to the list prices of Boeing and Airbus alternatives. It’s around double the initially projected purchase price of $50 million.

As well as the higher purchase price, there is the issue of operational challenges to consider. The availability of spare parts, technical support and qualified pilots to fly the plane is going to be hugely challenging outside of China for many years to come. While the type may gain some traction in the Asian markets, for it to reach the west is going to take a mammoth effort from COMAC.