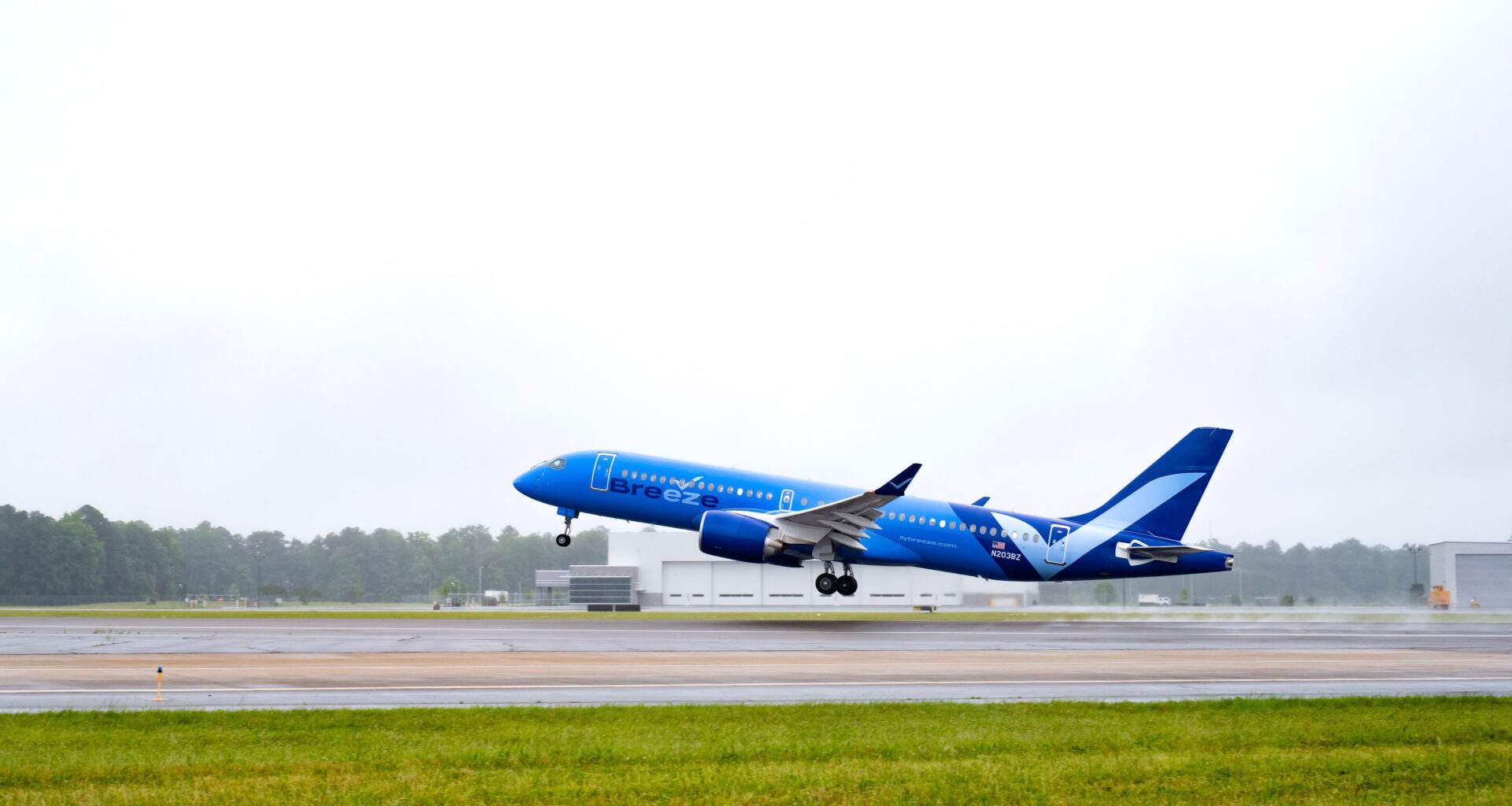 Utah-based Breeze Airways, dubbed the “world’s nicest airline” by its CEO, is putting an emphasis on its nickname in a new offering just ahead of the holiday season. On Tuesday, the airline shared details of its appropriately named “Bundle Up” promotion, allowing travelers to enjoy the carrier’s premium amenities at a lower price.

When booking a flight on Breeze, passengers are met with three different fare classes – Nice, Nicer, and Nicest – all of which feature a list of amenities. Its top fare class, ‘Nicest,’ includes a first class seat, priority boarding, two checked bags, and a drink and a snack.

For a limited time, the airline is providing the opportunity for passengers to select ‘Nicest’ for only a $5 upcharge from the ‘Nicer’ fare class on any bookings made by November 24th, for travel from November 1st through May 16, 2023.

“Just as you can layer on coats, hats and scarves for the winter, our model allows Guests to add on options or select an all-inclusive bundle that best meets their needs. The ‘Nicest’ bundle is available exclusively on our brand-new Airbus A220 aircraft and is in a class of its own, providing a comfortable and affordable experience on both long and short trips.”

The airline said fare prices and rules of the promotion may change without notice, and restrictions and blackout dates may apply. The “Bundle Up” offer is also limited to select routes due to aircraft type.

The A220 is the only aircraft in the fleet to feature a first class cabin which means the promotion is only available on flights that are operated by the A220. Breeze has nine A220-300s so far in its fleet, with 71 more aircraft on order, according to Airbus.

Breeze has the ability to reach virtually every corner of the US with its Embraer aircraft, but with deliveries of the A220, the airline is able to reach further and more nonstop destinations. Earlier this year, Breeze flew its first A220 flight to San Francisco, CA, from Richmond, VA, which was the first of 18 new coast-to-coast routes.

In addition to the Pacific coast, the airline will have a presence in the desert southwest. On October 19th, Breeze announced four new routes to Phoenix Sky Harbor International Airport in addition to its existing routes set to begin on November 19th.

Two of the four new routes, Phoenix-Harford, CT and Phoenix-Richmond, VA will begin in February 2023, according to a statement. The routes will be operated by the A220, allowing travelers to take advantage of the “Bundle Up” promotion.