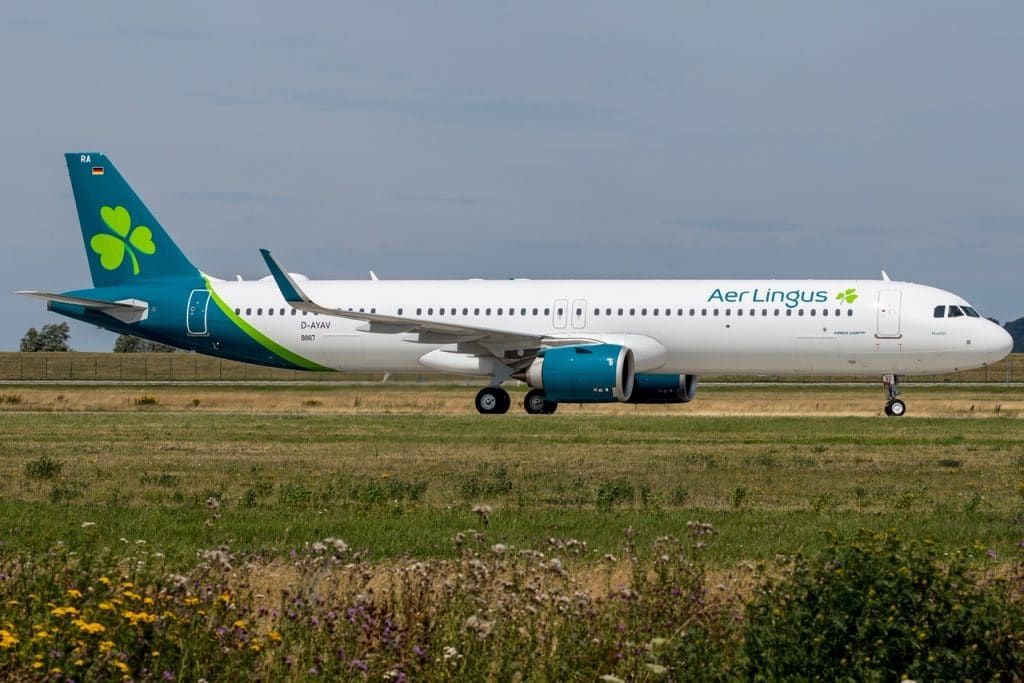 Aer Lingus has announced its next route: Dublin to Cleveland. Helped by around $3 million in funding, it’ll operate 4x weekly and begin in May. It was widely expected to start and was the industry’s worst-kept secret last week. Indeed, I analyzed the market and found that Dublin was Cleveland’s fifth-largest unserved market.

Aer Lingus will arrive in Cleveland on May 19th. It means that, after an absence of four and a half years, the Ohio airport will again have nonstop service to Europe. With flights on Mondays, Wednesdays, Fridays, and Sundays, it is scheduled as follows, with all times local:

This shows Aer Lingus’ Dublin-USA/Canada departures (green) and arrivals (blue) between May 19th-25th. It doesn’t yet include Cleveland, but the route will depart and arrive in the peak periods. Image: OAG.

This summer, its eight-strong LR fleet (seven with Aer Lingus, one with Aer Lingus UK) has been more or less fully utilized. And looking at next summer’s plan, later in the article, shows that more than 10x daily transatlantic flights are scheduled by the type.

It’s not yet clear what will give to enable Cleveland (and others) to be served. Aer Lingus’ three A330-200s remain parked, so they might fully return next summer (indeed, some flights are scheduled by them from the end of February), and it’s possible that the LR used from Manchester might return to Dublin.

What did daa say?

“Aer Lingus will now offer the only direct European service from Cleveland. Travelers from Cleveland will not only benefit from a direct connection to Ireland but can also avail of the seamless onward connections to more than 20 key European cities.”

Aside from the nonstop, which, along will strong promotions, will grow Cleveland-Dublin traffic, passengers can already connect to most European cities targeted by Aer Lingus using US carriers or Air Canada. They already have one-stops, and often with a good number of daily flights.

Aer Lingus’ arrival will mean Cleveland has new one-stops to smaller places, but demand is, of course, limited. Still, it will, overall, provide fare competition and more choice. Significantly, passengers will benefit from Dublin’s US pre-clearance.

While hard to ‘read’, this is Aer Lingus’ transatlantic route network next summer. Image: GCMap.

Looking ahead to May 19th-25th, Aer Lingus will have 16 North America routes: 12 from Dublin, two from Shannon, and two from Manchester. Organized by flights, its network as of September 29th is as follows. Note: Dublin-Miami is omitted as it’s a winter-seasonal route and won’t operate in this period.

It’ll have 131 weekly transatlantic flights this May week, 14% more than a comparable week in 2019. Seat capacity, though, is up by ‘only’ 6%, the result of more flights by narrowbodies.

Where has been dropped?

Two routes have been cut in the past few years: Hartford (September 2016-April 2020) and Minneapolis (July 2019-April 2020). In 2019, it postponed plans to begin Montréal. When it has sufficient aircraft, might any return? And will Montréal begin?

What do you make of it all? Let us know in the comments.