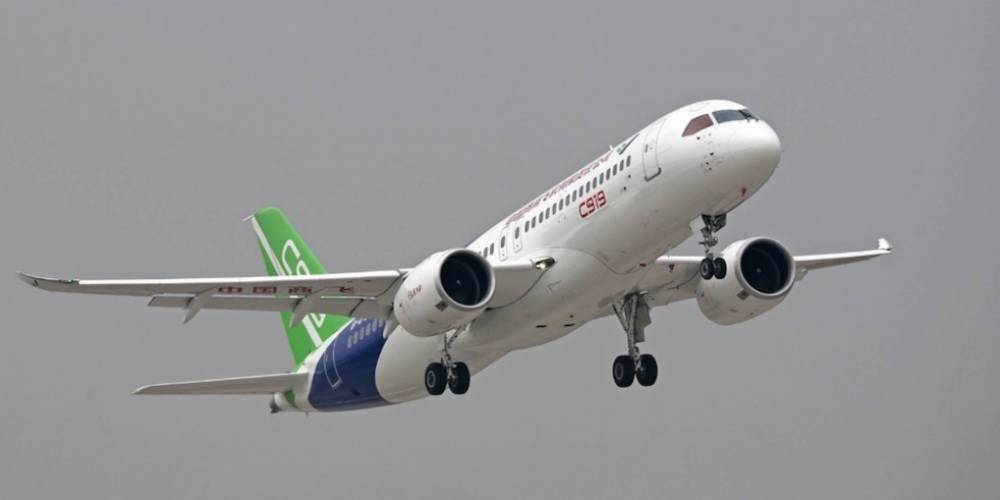 Comac has received Chinese certification for the C919 narrowbody, marking the end of a long and often disrupted campaign to ready the airplane for market since its launch in 2009. Chinese authorities awarded the type certificate during a ceremony in Beijing Thursday morning.

Plans called for delivery of the first of five aircraft on order to China Eastern Airlines by the end of year, but reports in Chinese state media suggest a further slip into 2023.

Designed to carry 168 passengers, the C919 competes in China against the Boeing 737 and Airbus A320 families, both of which have accrued significant backlogs in the PRC. However, political tensions have raised questions about the long-term feasibility of Western participation in the supply of components for the aircraft.

Several international concerns have entered into joint ventures in China to develop elements of the C919 program, including GE and Safran (engines), Collins Aerospace (communications and navigation systems), Honeywell (flight control systems), and Liebherr Aerospace (landing gear and air management systems). In 2015, the Department of Justice indicted a number of Chinese officials on charges of stealing engine technology from a number of U.S.-based and European OEMs.

In one of the last acts of the Trump administration in January 2021, the U.S. Department of Defense, in a list that included Comac, released the names of additional “Communist Chinese military companies” (CCMCs) operating directly or indirectly in the United States, forcing U.S. suppliers to halt dealings with them.

However, the Biden administration has since appended a note to the announcement, saying that as of June 3, 2021, the Secretary of Defense had removed the entities listed from the CCMC list.

The same month, the Office of Foreign Assets Control (OFAC), a unit of the U.S. Treasury Department, published a new list prohibiting investment in Chinese defense and surveillance technology firms, including more than a dozen aviation and aerospace companies, as well as telecommunications equipment manufacturer Huawei, the South China Morning Post said in December. While Comac’s name did not appear on the list, the move implied that the administration would continue to watch the company closely.

The bulk of just over 800 orders and commitments for the C919 has come almost exclusively from Chinese airlines and lessors. In 2010, more than a decade before it completed its merger with AerCap last year, GE Capital Aviation Services (Gecas) announced orders for 10, apparently making it the Western actor to make good on its interest in the C919. In 2015 Thailand’s City Airways signed a preliminary agreement with ICBC Leasing to take 10 of the narrowbodies, but the airline went out of business the following year.