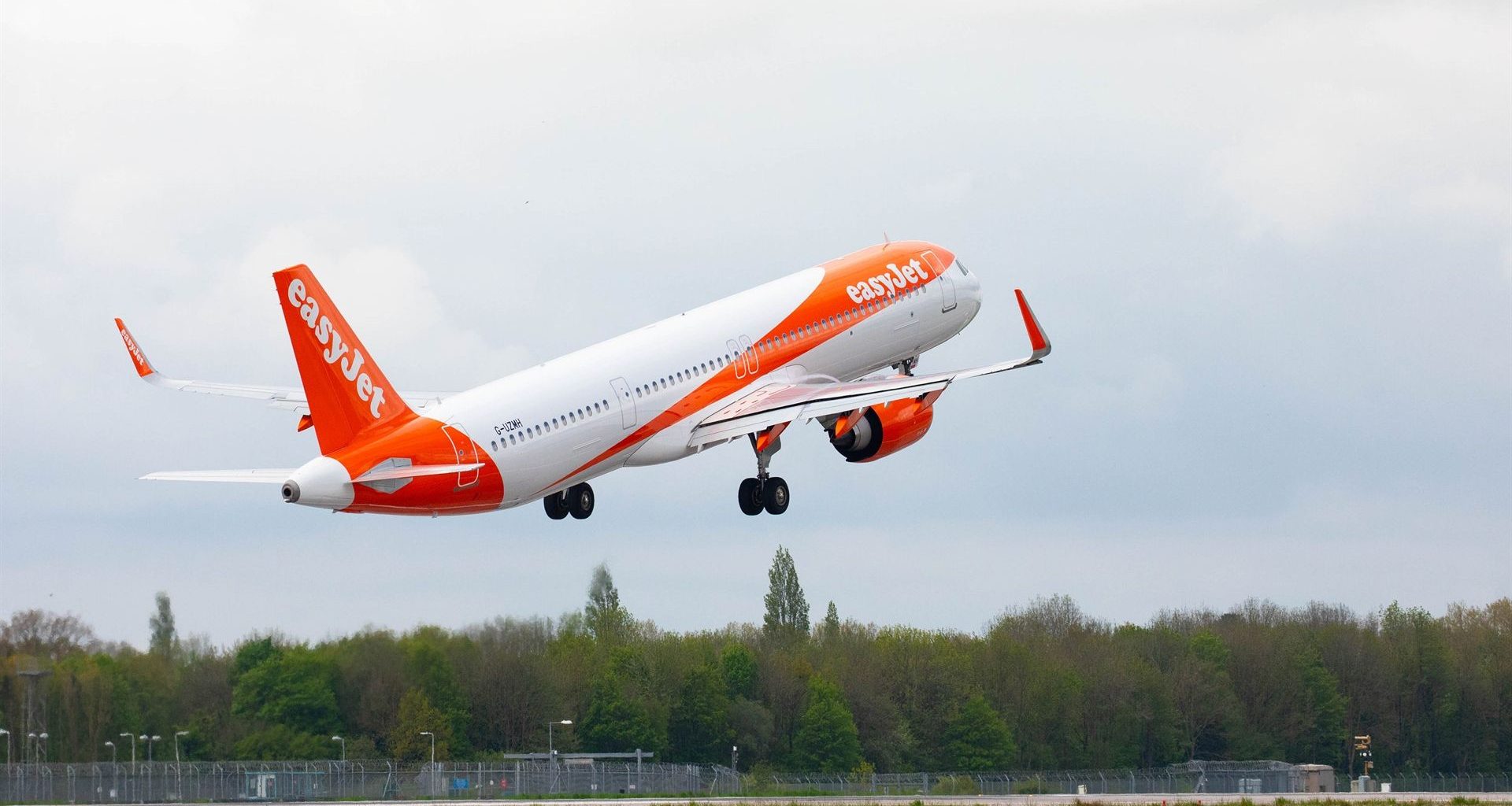 This summer, easyJet’s stakeholders approved a substantial order for A320neo family aircraft. These planes are central to the operator’s sustainability mission. The fleet renewal is focused on the family’s ability to lower fuel burn and emissions through current technology. In total, the firm has 168 orders to be delivered up until 2029.

easyJet today announced that it has also invested in Descent Profile Optimisation (DPO) and Continuous Descent Approach (CDA) tech that will offer permanent fuel 1% savings on completion across the fleet. In practice, this move will provide an anticipated annual carbon emission reduction of 88,600 CO2 MT when the retrofit is complete next year.

The multi-million-pound fleet-wide investment with Airbus is a priority when it comes to short-term tactics. The airline recognizes that future technology will be the answer when it comes to overall decarbonization.

As a result, easyJet has been keeping working closely with electric and hydrogen solutions for the long-term answer. Notably, it made a multi-million-pound investment into a partnership with Rolls-Royce to develop a hydrogen engine and work on carbon removal technology.

The work on hydrogen combustion engine technology is part of the H2ZERO partnership that would see the pair concentrate on a series of ground engine tests. Notably, Rolls-Royce has now confirmed that it is making final preparations for its initial AE2100 engine ground test. A move that easyJet’s leadership is ecstatic about.

Rolls-Royce Chief Technology Officer Grazia Vittadini was on the scene today. She spoke about how quickly the market is transitioning with its technology.

“I’m delighted to say how fast we are progressing to the very first hydrogen combustion ground test… this is just the first step.”

The sister of the AE2100 set for testing. Photo: Sumit Singh | Simple Flying

Rolls-Royce has been making waves with sustainable aviation across the board. For instance, just last year, its Spirit of Innovation plane officially became the world’s fastest all-electric aircraft. easyJet will undoubtedly be keeping a close eye on these motives too.

easyJet has also shared its excitement about Airbus’ ZEROe concepts. With midsize options of this range on the cards, the airline would be a natural customer of the type.

With these initiatives, easyJet has highlighted that its interim target of 35% carbon emissions intensity reduction by 2035 has been validated by the Science-Based Targets initiative (SBTi). This factor makes the company the first low-cost carrier across the globe to share that its interim target has been validated by the outfit.

“Challenging the status quo is in easyJet’s DNA… I’m very proud to be able to confirm today that our target of a further 35% reduction in carbon emissions intensity by 2035 has now been validated by the Science-Based Targets initiative – making easyJet the first low-cost carrier worldwide to have announced this. Since 2000, over a twenty year period, we have already reduced our carbon emissions per passenger, per kilometre by one-third.”

During today’s presentation, Lundgren added that for net zero targets to be achieved, governments also need to ramp up their efforts in this field. Thus, he has written to UK authorities, including the prime minister, about such initiatives.

The company expresses that its carbon intensity is currently 18% lower than the global narrowbody average. Photo: Sumit Singh | Simple Flying

The company expresses that its carbon intensity is currently 18% lower than the global narrowbody average. Photo: Sumit Singh | Simple Flying

easyJet’s management previously raised concerns about investments into sustainable aviation fuel (SAF), citing cost and availability challenges. However, the airline today affirmed that it will utilize SAF at scale “in line with Refuel EU proposed mandates as a minimum.” The company today confirmed that it has agreed on a deal for all SAF volumes reflected in its roadmap for the next half a decade with fuel partner Q8Aviation.

The firm is intent on operating in a net-zero ecosystem by 2050. Photo: Sumit Singh | Simple Flying

The firm is intent on operating in a net-zero ecosystem by 2050. Photo: Sumit Singh | Simple Flying

easyJet claimed that the aviation industry is going through its biggest change since Wright brothers first took flight. Lundgren declared that there has never been a greater focus from decision-makers on reaching sustainability targets. While there have been concerns about the cost of such initiatives, he concluded today’s presentation:

“If you fly with easyJet, you will always fly with affordable prices.”

These announcements come at a crucial time for easyJet. With the recovery season continuing across the market, the carrier’s passenger numbers continue to rise, with 8,310 passengers flown in August 2022, an increase from 8,137 in July. This figure is also a significant increase from August 2021’s number of 5,126.

It’s clear that there is no silver bullet to decarbonization. The airline has partnered with around 25 different companies to achieve its targets in this sector. Amid a holistic approach when it comes to efficiency, it is also taking carbon capture technology, engine washing, airspace modernization, and single-engine taxiing into strong consideration.

Regarding fuel projects, the goal is to have hydrogen power aircraft by the mid-2030s. So, until then, SAF will combine with the A320neo family models to lower emissions across the airline’s network. easyJet has previously emphasized that it is critical not to choose a sole winner out of the technological solutions, whether it’s electric, SAF, or hydrogen. All in all, they will all hold their place in this next chapter.

It’s clear to see that there has been rapid progress made when it comes to a pathway to net zero in recent years. Having seen the technology that will help steer the industry to a sustainable future and hearing such bold declarations from major stakeholders, we can anticipate major breakthroughs in the coming years. Nonetheless, we can expect plenty of twists and turns along the way.

What are your thoughts about easyJet’s roadmap to net zero? What do you make of the overall plans of the company in this field? Let us know what you think of the airline’s initiatives across the board in the comment section.