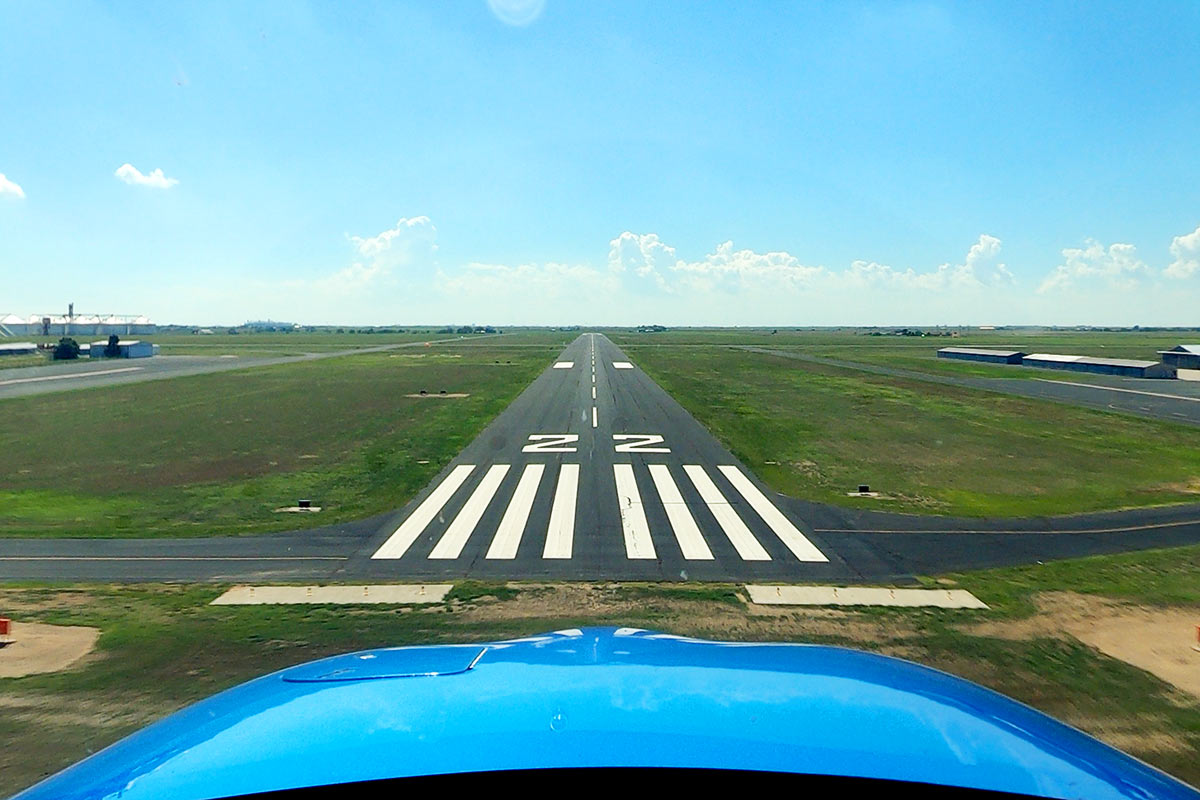 Ground Effect: Why Your Plane Floats During Landing

That floating happens because of ground effect. But what it really comes down to are wingtip vortices, and what happens to them as your wings get close to the ground.

How The Ground Limits Wingtip Vortices

Ground effect basically comes down to how big your wingtip vortices are, and how much downwash they’re creating. Take a look at the Cirrus SR-22 examples below. Notice the difference in wingtip vortex size at altitude, vs. near the ground?

When your wing is close to the ground, wingtip vortices can’t get as big, because as they spin around your wingtip, they impact the ground and dissipate. The result? A reduction in something called downwash.

As the air (and vortices) roll off the back of your wing, they angle down, which is known as downwash. Check out the difference in downwash at altitude, vs. near the ground:

As you get close to the ground, your downwash is reduced and your vortices are reduced, which means your induced drag is reduced as well.

You can really break ground effect into three major categories to identify what’s happening as you approach the runway for landing:

How Close To The Ground Do You Need To Be For Ground Effect?

If you’ve flown a low-wing and high-wing airplane, you know that low-wing planes experience a lot more ground effect during landing.

Check out the chart below. You can see that ground effect doesn’t come into play until you’re within 1 wingspan of the ground. But as you get closer, your induced drag reduces significantly, amplifying ground effect.

When a 172 is on the ground, its wing is about 7 feet off the ground, or 20% of the span length. Scroll up to the diagram above, and you can see that just before you touch down in a 172, your induced drag is reduced to 60% of your normal induced drag.

Now let’s look at a low-wing aircraft, the Piper Warrior. The Warrior has a 35-foot wingspan, and when it’s on the ground, its wing is about 3.5 feet off the ground, which is about 10% of the span length. Just before you touch down in a Warrior, your induced drag is reduced to only 40% of your normal induced drag. That’s significant, and it’s also why you float so much as you land in a low-wing airplane.

Ground Effect: Some Aircraft Are Designed For It

While ground effect might cause you headaches when you land, it’s the exact opposite for other planes. Some aircraft, like the Ekranoplan, were designed to only fly in ground effect. The Ekranoplan never got higher than a few feet from the Earth’s surface, allowing it to carry more payload than what would normally be possible. Check it out:

Putting It All Together

When you’re in ground effect, you have smaller wingtip vortices, less downwash, and more vertical lift, all of which dramatically reduce induced drag.

It all happens within one wingspan or less of the ground. So the next time you find yourself floating down the runway, go-around, and try another landing at a little slower speed.

Take the next step.

Do you have a perfect takeoff and landing every time? Neither do we. That’s why we built our Mastering Takeoffs and Landings online course.

You’ll learn strategies, tactics, and fundamental principles that you can use on your next flight, and just about any takeoff or landing scenario you’ll experience as a pilot.

Plus, for less than the cost of a flight lesson, you get lifetime access to tools that increase your confidence and make your landings more consistent.

Ready to get started? Click here to purchase Mastering Takeoffs and Landings now.