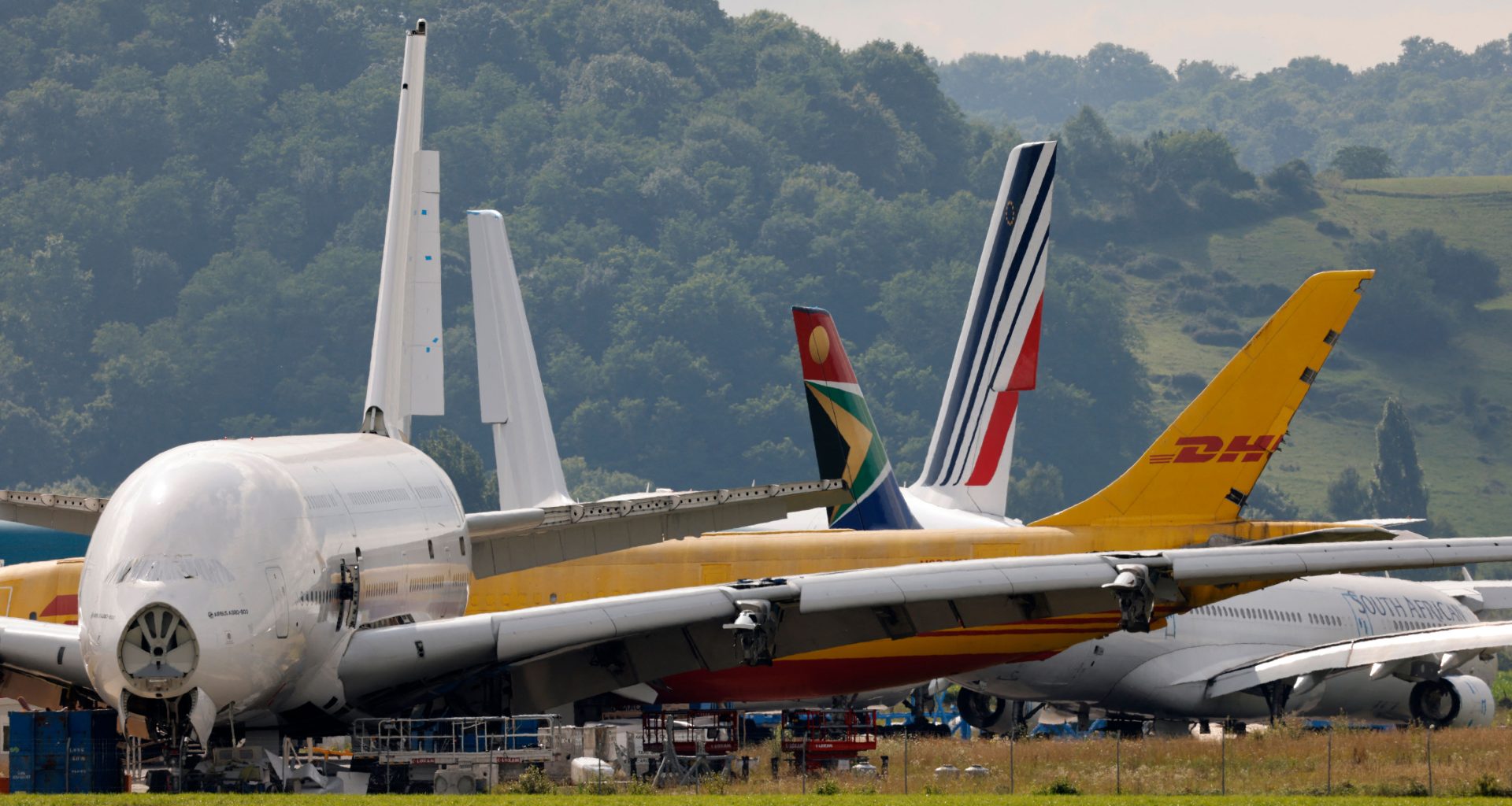 Growing Family: Parts Of Another Airbus A380 Go On Sale

Aircraft upcycler Aviationtag has placed its fourth set of Airbus A380 bag tags on sale. The latest batch of tags is made from the skin of 9V-SKD, the eighth giant of the skies to be built by the European planemaker. Just 4,500 tags are on sale, making them reasonably limited edition.

While some airlines have been retiring their Airbus A380s earlier than planned, there’s good news for fans of these giant aircraft. Retired jets aren’t going to waste, and it’s now possible to add parts of another plane to your collection.

Or did it? There does seem to be some second-hand value to the A380, though not as a flying aircraft. Instead, companies have been turning the retired giants into upcycled products sold on to aviation enthusiasts and private collectors.

In the case of 9V-SKD, Aviationtag has taken portions of the aircraft’s skin and turned them into tags that can go on your keys, bags, or walls. 4,500 have been created from the skin of this aircraft and are retailing on Aviationtag’s site for €35.24 ($34.02). This is the fourth A380 to be upcycled by Aviationtag, following in the footprints of its sister Singapore Airlines aircraft 9V-SKA, 9V-SKB, and 9V-SKE.

According to data from ch-aviation.com, 9V-SKD was the eighth Airbus A380 built by the European aerospace giant. The aircraft was ordered by Singapore Airlines on July 16th, 2001, and was delivered to the airline on April 26th, 2008. Its first flight was on March 19th, 2007, meaning it was already more than a year old at the point of delivery.

The aircraft was fitted with 333 economy seats, 36 premium economy seats, 60 business class seats, and 12 first class seats. Singapore Airlines retired this A380 on December 18th, 2017, after just under a year in service.

The aircraft (not pictured) flew for Singapore Airlines for just under ten years. Photo: Bengt Lange via Airbus

At least six A380s have now been upcycled

At least six Airbus A380s have now been upcycled into collectible products for aviation enthusiasts. As mentioned, four of these are ex-Singapore jets that Aviationtag has upcycled. Two more aircraft from Emirates have also been upcycled. While Emirates upcycled its first Airbus A380 in-house, including creating its own aircraft skin tags, a second was parted out by Tarmac Aerosave. The second aircraft is set to go on auction next month.

Singapore Airlines has also scrapped a couple of Airbus A380s in-house, which are also due to be upcycled, though no news about buying parts has yet been released.

Do you own part of an Airbus A380? Let us know in the comments!