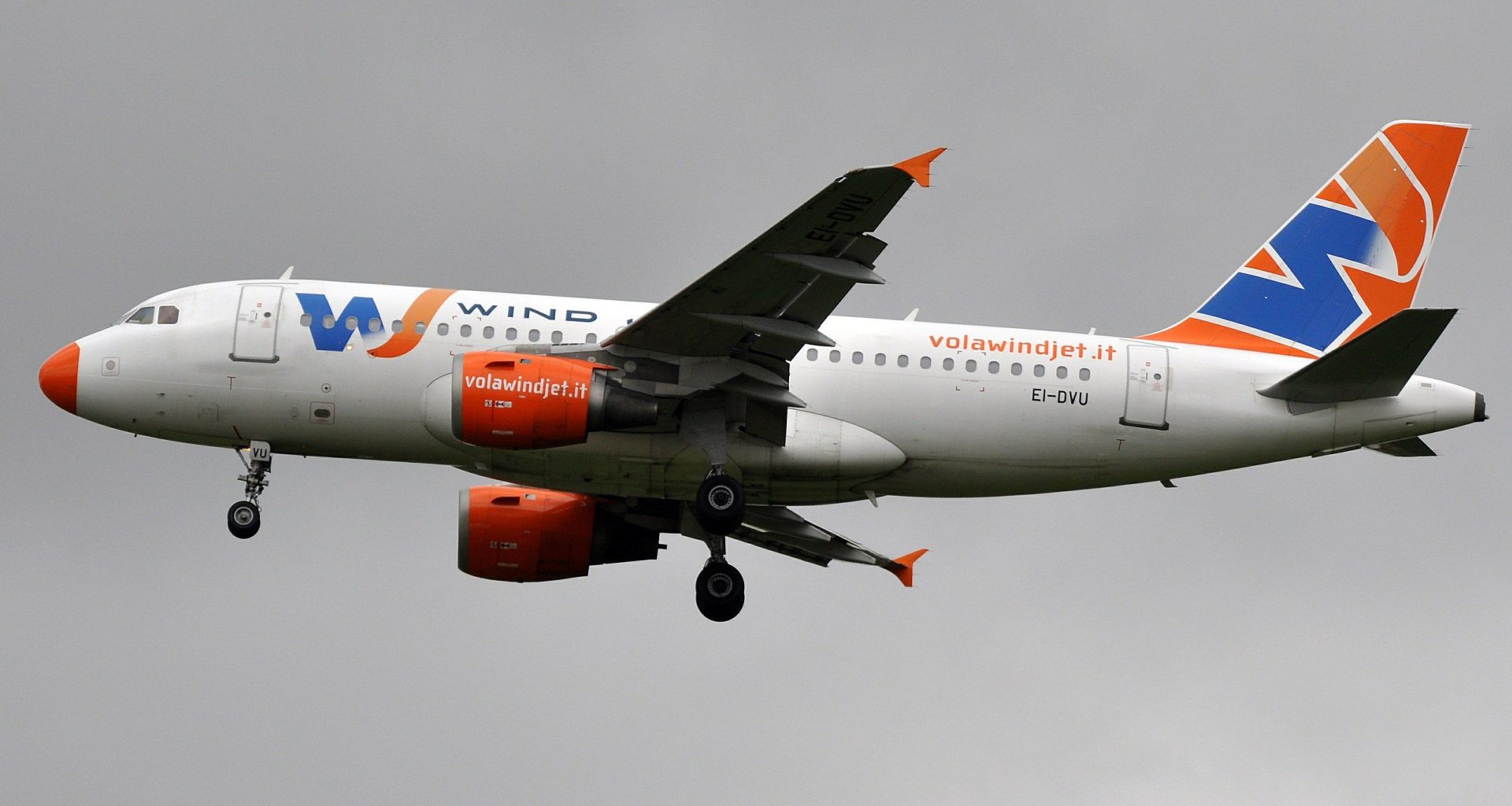 The aircraft involved in the incident was a five-year-old Windjet Airbus A319-100 with the registration EI-EDM operating as Windjet Flight IV243. The plane was first delivered to American low-cost carrier Spirit Airlines in March 2005 and joined Windjet in January 2009.

Windjet was a low-cost Italian airline

Before we get into what happened, let’s first look at Windjet and see how it came to be. Owned 100% by the Italian Finaria Group, Windjet was established on June 17, 2003, following the disbandment of Air Sicilia. Based at Catania–Fontanarossa Airport (CTA) in Sicily, Windjet offered low-cost flights to many domestic destinations and city’s around Europe. During its brief nine-year life, Windjet operated an all-Airbus fleet of six Airbus A319-100s and 11 Airbus A320-200s.

The flight was uneventful until the landing

On the day of the incident, Windjet Flight IV243 took off from Rome’s Roma-Fiumicino Airport (FCO) for the short flight south to Sicily. During the uneventful flight in which the first officer was the pilot flying, the aircraft was cleared by Catania Air Traffic Control (ATC) for a non-precision approach (VOR) to Runway 07. During the approach, a weather report was relayed to the plane saying that visibility was 2.5 miles with scattered clouds at 1,800 feet. The crew was also informed about possible windshear.

At 19:55, an aircraft landing ahead of the Windjet flight reported a ten-knot windshear encounter while landing on Runway 07. While tuning to make its final approach, the Airbus A319 encountered heavy rain and winds gusting up to 16 knots. With both pilots still not having a visual on the runway, they decided to make a non-precision approach (MDA), with the captain telling the co-pilot to proceed with the landing.

Now at an altitude of 480 feet, both pilots had the runway in sight, at which point the captain took control of the plane. Deviating significantly from the normal descent profile, the descent rate increased to 1,360 feet per minute. The aircraft came into contact with the ground 1,200 feet short of the runway threshold, hitting the localizer antenna for runway 25. The plane slid for nearly 3,000 feet, stopping just short of the intersection with Runway 02:20. All 129 passengers and crew evacuated the plane using the emergency slides, with only 20 passengers suffering minor injuries.

The Agenzia Nazionale per la Sicurezza del Volo (ANSV) took charge of the investigation and, after a comprehensive review, determined that the plane had landed short of the runway due to the following:

Despite Windjet blaming windshear for the crash, both pilots were charged with pilot error and asked to be given a short trial.