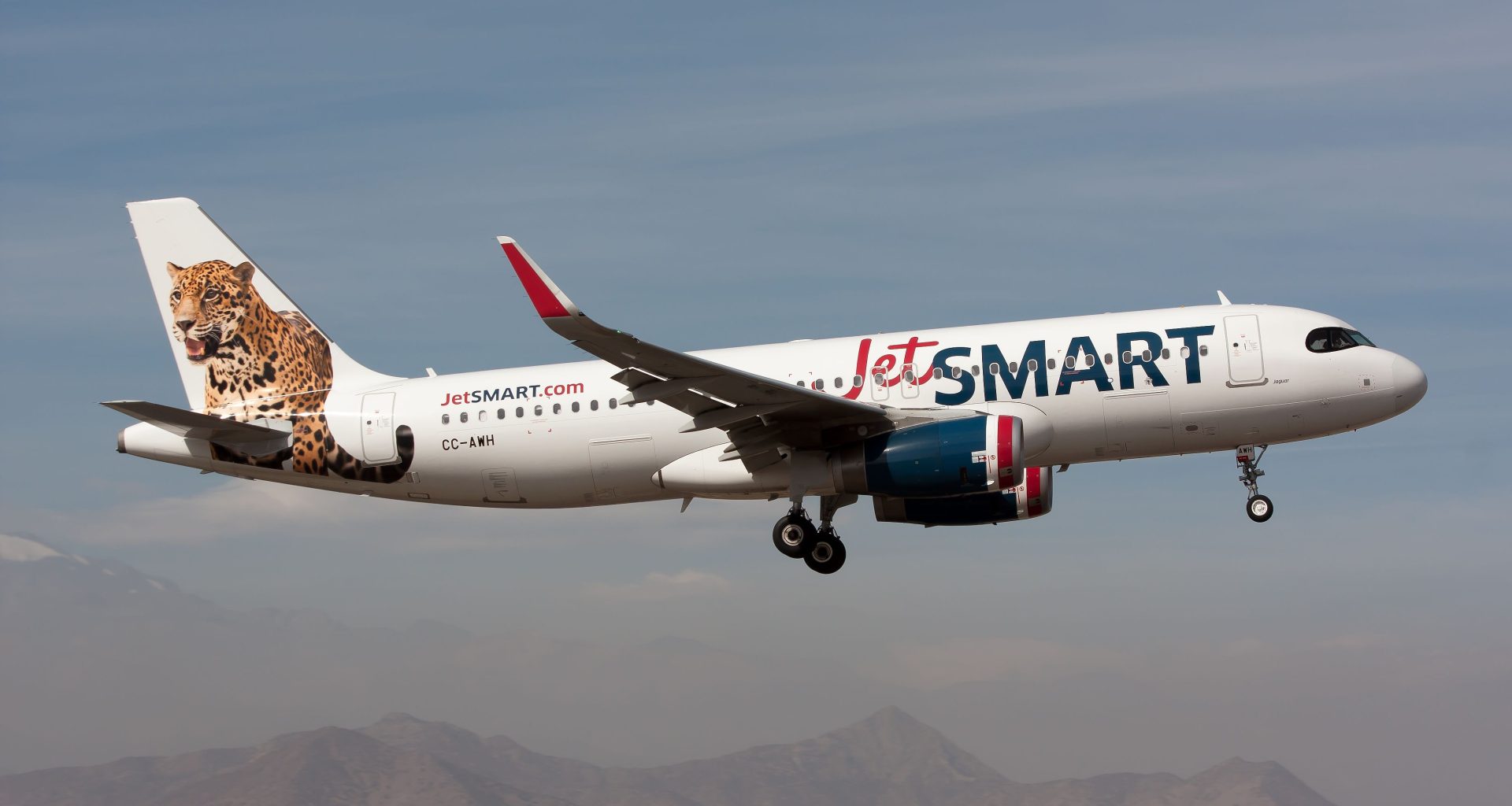 Little more than three months since it launched operations, JetSMART Peru has been granted rights to 22 new routes. These rights include flights from Peru to Colombia, Bolivia, Ecuador and Chile.

The rights were issued by the Directorate General of Civil Aviation of Peru (DGAC). According to Aviacionline.com, the DGAC said it had granted the request of the local subsidiary of JetSMART and authorized operations to Colombia, Bolivia, Ecuador and Chile. JetSMART Peru is allowed to carry out regular passenger, cargo and mail operations with third and fourth freedom air traffic rights. The report said these are in accordance with the pre-existing agreements of the Andean Community, the Fortaleza Agreement and the bilateral agreement between Peru and Chile.

More A320neos will be needed in Peru

JetSMART Peru has a fleet of three Airbus A320neos and will need more to service the new routes. Photo: JetSMART.

Of the 22 routes listed, all but one allow for up to seven weekly services, with the outlier being the Lima – Santiago – Lima route which allows for up to 16 weekly services. If all the new routes were taken, admittedly an unlikely scenario, that would add 163 new services to the 15 routes and 12 destinations JetSMART Peru currently operates. Data from ch-aviation.com shows the airline, a subsidiary of JetSMART, has three Airbus A320-200neos, which is not enough to take on 22 new routes.

Parent company JetSMART has a larger fleet of four A320-200s, three A320-200neos and one A321-200neo. However, the data lists JetSMART has outstanding orders with Airbus for 105 aircraft, including 43 A320neos, 48 A321neos and 14 A321XLRs. How and where those aircraft will be deployed is not shown, but they will likely find homes in the group’s airlines in Chile, Argentina and Peru. JetSMART Peru launched operations in June with an inaugural domestic flight from Lima to Arequipa, one of the 13 routes in its initial network.

A part of JetSMART’s strategy is to offer SMART routes, which are interregional routes that connect point to point and bypass Lima. These are Arequipa-Cuzco, Arequipa-Trujillo, Arequipa-Piura and Arequipa-Tarapoto. Arequipa is a commercial and industrial center in Peru, located around 745 miles (1,200 kilometers) south of Lima, with approximately one million inhabitants.

JetSMART first commenced services in Chile, its home base, in 2017, followed by JetSMART Argentina in 2019 and JetSMART Peru in 2022. The company is owned by Indigo Partners, which invests in three other ultra-low-cost carriers, Frontier Airlines, Volaris and Wizz Air. In 2019 Peru was a growing market for air travel, with 14 million domestic and 12.3 million international passengers, although that fell to eight million domestic and 3.4 million international passengers in 2021.

JetSMART expects to receive 105 aircraft from Airbus, including 48 A321neo and 14 A321XLR. Photo: JetSMART.

The DGAC listed the routes and the authorizing provisions as follows:

Under Decision 582 of the Andean Community

Under the bilateral framework between Peru and Chile

Under the Fortaleza Agreement

The aircraft to operate these will be the Airbus A320, and the authorized bases are Lima’s Jorge Chavez International Airport (LIM), Arequipa’s Rodríguez Ballón International Airport (AQP) and Trujillo’s PAF Captain Carlos Martínez de Pinillos Airport (TRU). In accordance with Peruvian Law, Article 89, Numeral 89.2 of Law 27261, other air operators that are serving the same route or route segments may object to this authorization, which will be seen in Public Hearing.