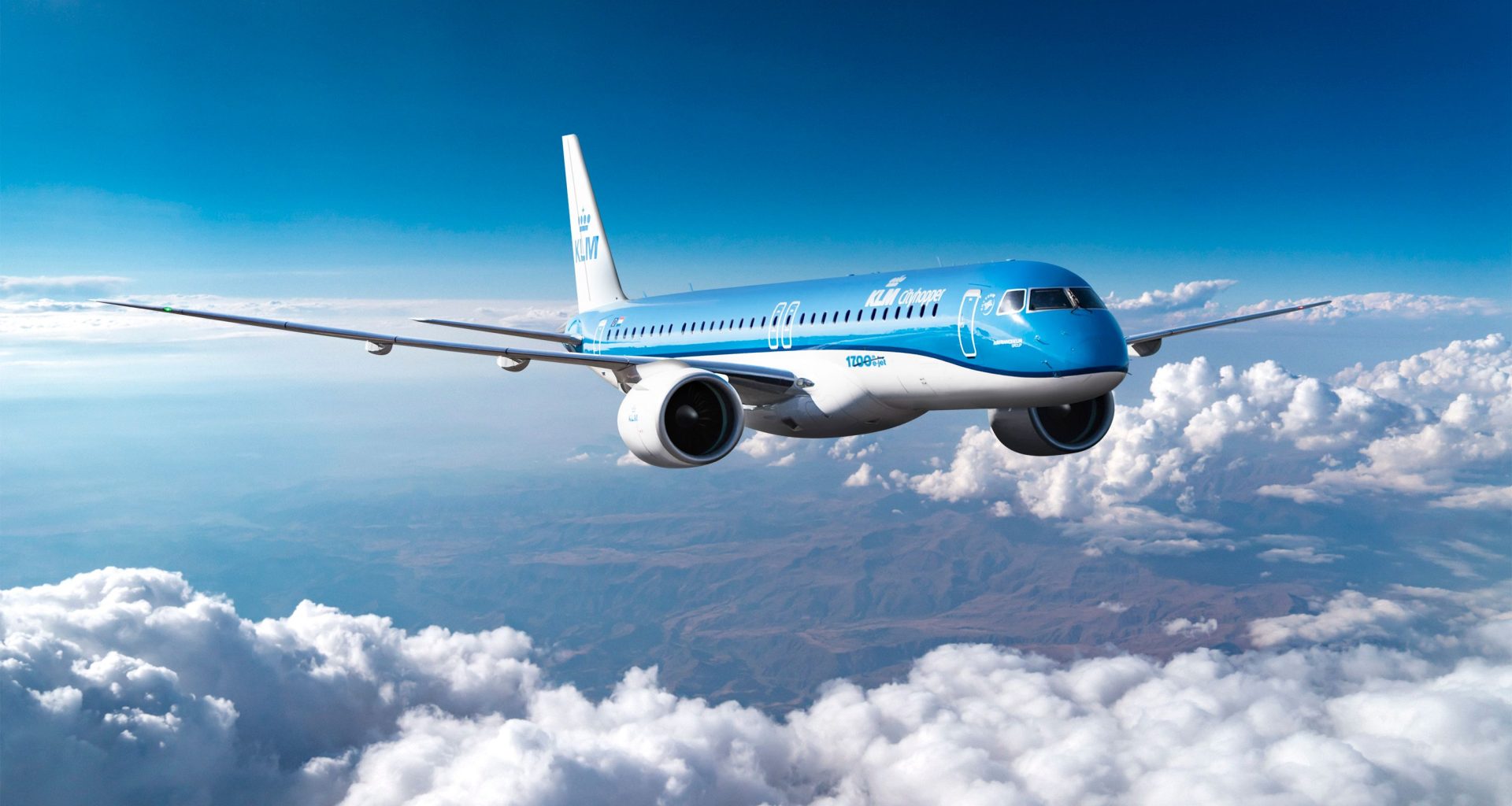 In many ways, Brazil’s global aerospace company Embraer is the quiet achiever in commercial aircraft manufacture and support. It doesn’t make a lot of noise or make extravagant promises of what it will do; it just gets on with designing and delivering reliable, state-of-the-art aircraft that drive regional routes.

The 1700th has its own branding

Yesterday at its São José dos Campos facility near São Paulo, Embraer delivered its 1,700th E-Jet aircraft, adding to the more than 8,000 various types of aircraft it has delivered since 1969. On hand to accept the E195-E2 jet was the Managing Director of KLM Cityhopper, Warner Rootliep, who said he was proud that the latest KLM Cityhopper aircraft was the one that got Embraer to its 1,700th delivery milestone. He described the handover as:

“A great moment to celebrate the many years of collaboration between KLM Cityhopper and Embraer. This E2 will bring us further to become one of the leaders in transforming the aviation industry to become more sustainable.”

In regional aircraft, Embraer’s sweet spot is in the up to 150-seat market, and the E195-E2 hits that mark with maximum seating for up to 146 passengers. The E2 going to Cityhopper has 132 seats in three zones – business class, economy comfort and economy class.

The first E-Jets entered revenue service in 2004 and have since been in the fleets of 150 airlines and leasing companies, with more than 1,900 orders received. Embraer’s President and CEO Francisco Gomes Neto believes the E-Jets success and longevity comes from a program of continuous improvement. He added:

“We are always looking for ways to make our aircraft better – reducing operating costs, extending maintenance intervals, and adding new technology. And recently, the E2 has also proven it can fly on 100% SAF [sustainable aviation fuel], which makes them even more sustainable.”

Get all the latest aviation news right here on Simple Flying

At the end of June, Embraer had a firm order backlog for 312 E-Jets, split mainly between 143 E175s and 163 E195-E2 aircraft. Reflecting the E-jets popularity and effectiveness in the US regional market, 100 of the E175s in backlog were attributed to Republic Airways, which according to ch-aviation.com, has an existing fleet of 228 Embraer ERJ 170 jets. The E195-E2 backlog is led by Brazil’s Azul Airlines with 51, followed by Canada’s Porter Airlines with 30 and lessors Aercap and Azorra. Some of those numbers will have changed due to deliveries, with the 1,700th aircraft going to Cityhopper via Irish lessor Aercap.

One of Cityhopper’s frequent destinations is London City Airport (LCY), where the unique steep approach landing requires aircraft certification. In July, Embraer flew its E195-E2 that had been at the Farnborough Air Show to LCY to make its debut landing via the steep approach profile. LCY has a runway length of 1,508 meters (4950 feet) with descent angles up to 5.5 degrees. Currently, 85% of all flights landing or departing there are E-jets or the E195-E2, operated by carriers including Cityhopper, British Airways and Helvetic Airways.

Today, February 9th, Southwest Airlines will testify before a US Senate committee…
The Russian government has rejected the findings of prosecutors at The Hague…