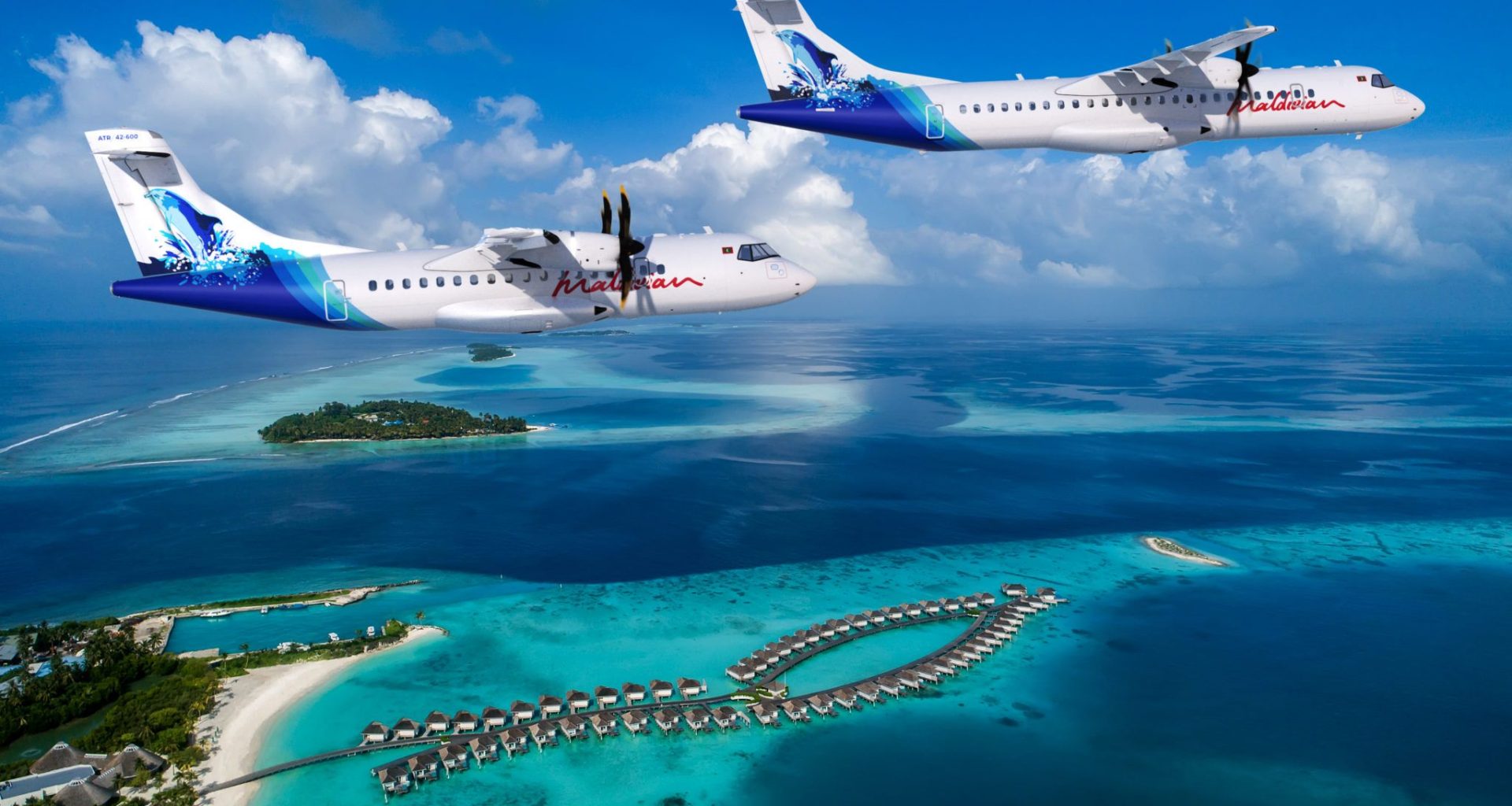 Maldives’ national carrier Maldivian is planning its first significant fleet reshuffling in years. The airline has more than 20 aircraft in its fleet, but most are approaching their twilight years and need to be replaced soon. The carrier is now looking to induct new ATR airplanes for domestic operations, some of which are expected to join this year with more in 2023.

In January, Maldivian announced that it had signed a contract with ATR for the purchase of two ATR 72-600 and one ATR 42-600. Fitted with the new PW127XT engines and offering a 3% reduction in fuel consumption and a 20% reduction in maintenance costs, they also come with the ability to use sustainable aviation fuels (SAF). These planes are expected to join before the end of 2022.

And now, it has emerged that the airline is planning to double its fleet of ATRs, with three more planned for next year. According to a report by The Edition, the airline’s Managing Director Mohamed Mihaad has said that Maldivian is expected to acquire three new ATRs in 2023.

These will be Maldivian’s first ATR planes and will complement the Government of Maldives’ air mobility policy and allow Maldivian to offer enhanced connectivity across the Maldives. The airline is hopeful of more efficient operations from the new jets, particularly with the ATR 72-600, which is believed to consume up to 40% less fuel than similarly-sized regional jets.

As per ch-aviation, Maldivian has a fleet of 23 aircraft, but many are decades old and approaching their official decommission date. The airline often receives customer complaints regarding the age and conditions of their planes, something which Mihaad wants to change. He said that Maldivian is acquiring the aircraft through a loan with an acquisition cost of around $60 million.

The airline has mostly purchased used aircraft in the past but is now focusing on acquiring new airframes. Mihaad has acknowledged that the dwindling reception towards Maldivian is mainly because of its use of older aircraft, which in turn hinders its services. He is also hopeful that new airplanes will encourage island resort owners to renew contracts with the carrier.

Besides the Dash-8 turboprops, Maldivian also operates one Airbus A320 and one A321 aircraft for international operations. The Edition states that the lease period for the latter is due during the first quarter of 2023, while for the former, it is due in 2025.

These planes, however, can only serve regional international destinations in Southeast Asia, and the carrier is planning to invest in bigger aircraft to fly to Europe and South America. Mihaad added that they are planning to announce a tender to acquire a new long-haul plane for international operation before the end of September and are assessing the best possible solution.

Maldivian’s finances took a significant hit during the pandemic, but with the airline observing pre-pandemic level passenger movement with improved earnings, it is hoping that investing in new airplanes will bring long-term benefits.