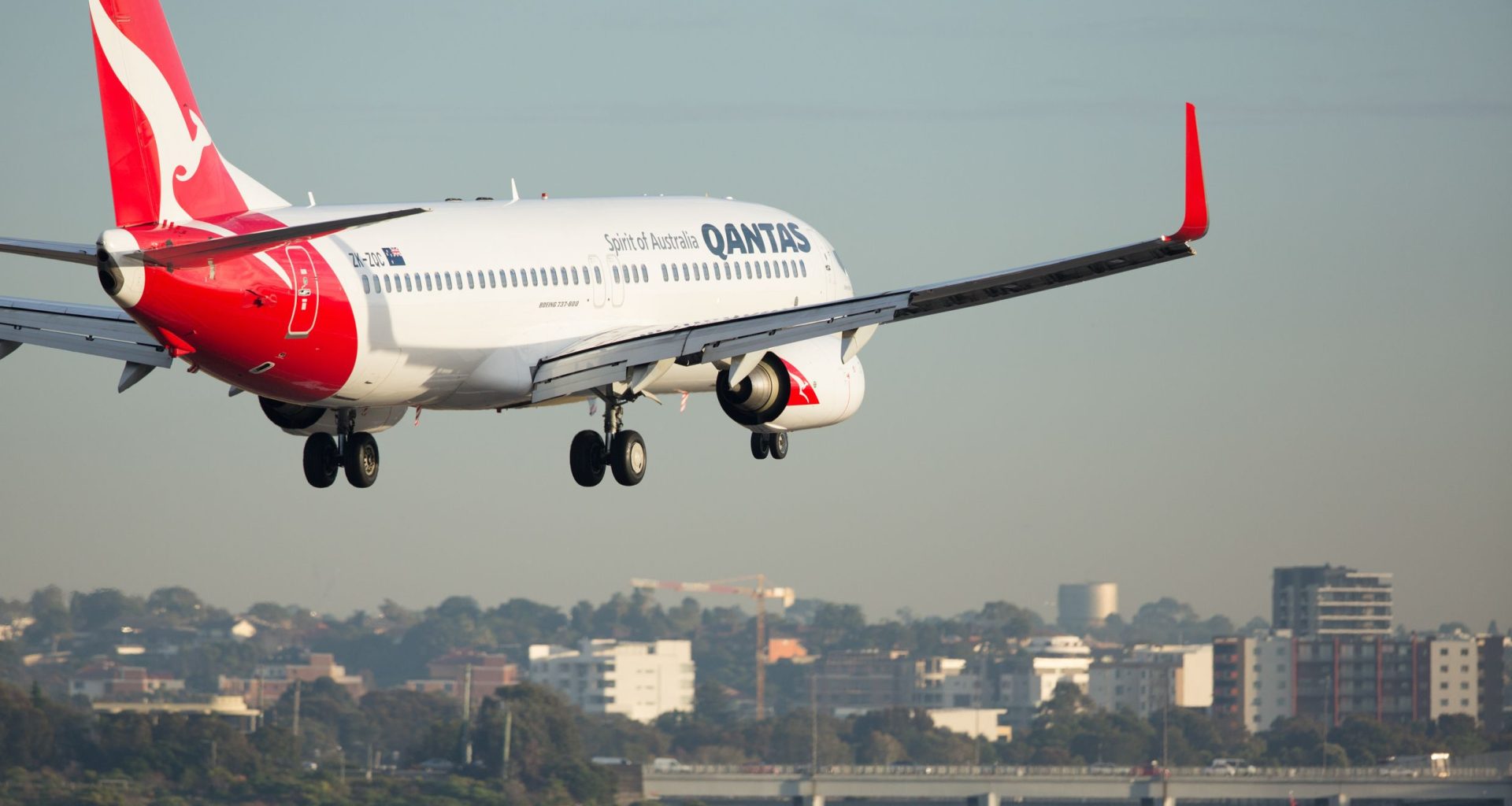 While operating in West Australia yesterday, a Qantas B737 was forced to make an emergency diversion after striking a bird during flight. The aircraft landed safely at Perth Airport and, after being checked over, took off again about an hour later.

A few circles and back to Perth

After the bird strike the Qantas B787-800 circled a few times north of Perth before diverting back to Perth Airport. Data: Flightradar24.com

Qantas flight QF1206 operates a well-worn route from the capital of West Australia, Perth, to the mining city of Port Headland, which is 800 miles (1,300 km) to the north. This flight is a favorite choice for the many fly-in fly-out (FIFO) workers who ply their trades with the resource giants in Australia’s Pilbara region. Located on the Indian Ocean and adjacent to rich iron ore deposits, Port Headland is home to Australia’s largest bulk export port. The FIFO segment is a competitive market and strong earner for Qantas, Virgin Australia and the other airlines on those routes.

Yesterday, QF1206 operated with a Boeing B737-800, registered VH-VZO and MSN 34191, which departed five minutes late from Perth Airport (PER) at 06:55. The flight time is around 1:50 hours, with the aircraft scheduled to land in Port Headland International Airport (PHE) at 08:55. According to perthnow.com.au, it was about an hour into the flight when the plane struck the bird and went into a holding pattern procedure around 90 miles (140 km) north of Perth. The flightradar24.com data shows the aircraft entering the holding pattern at around 19,000 feet (5,800 meters).

After three laps of the circuit, the 737-800 made the emergency diversion back to Perth Airport, landing around 08:10. It is unknown which part of the aircraft was struck by the bird, but any damage must have been minimal as the aircraft was cleared to fly less than an hour later. Perhaps after not much more than a quick wash and thorough inspection, the Qantas 737 backed up for another try at QF1206, this time departing at 09:18 and landing in Port Headland at 10:58. After that, it returned to Perth, then clocked up 3,800 miles (6,200 km) on a return trip across the country to Canberra Airport (CBR) in the nation’s capital before finishing its eventful day in Perth at 23:25.

It’s not just birds to worry about

On average, around 40 non-flying animal aircraft strikes are reported to the ATSB each year. Photo: Qantas

The Australian Transport Safety Bureau (ATSB) reported that between 2008 and 2017, there were 16,626 confirmed bird strikes in Australia, which averages around 32 per week. The report says that for high-capacity air transport operations, “about one in ten bird strikes for a turbofan aircraft involves a bird ingested into an engine.” Over the ten years, eleven occurrences have involved one or more birds ingested into two engines of turbofan-powered aircraft. The ATSB classified 99.8% of the total bird strikes as incidents, 19 as accidents and five as serious incidents. There were no reported serious injuries or fatalities associated with bird strikes in the ten-year reporting period.

The most commonly struck flying animals in the 2016 to 2017 period were flying foxes, galahs, magpies, plovers and bats, with many of the latter likely to be flying foxes. Moving away from things that fly and hit aircraft, the ATSB also collected information about non-flying animal strikes on aircraft. Between 2008 and 2017, there were 396 animal strikes reported to the ATSB, the most common involving kangaroos, wallabies, foxes, rabbits and hares. The report says that “damaging animal strikes mostly involved kangaroos and wallabies,” which makes sense compared to the damage a rabbit or hare could inflict on a commercial airliner.

Have you ever been on aircraft struck by a bird, or a kangaroo for that matter?