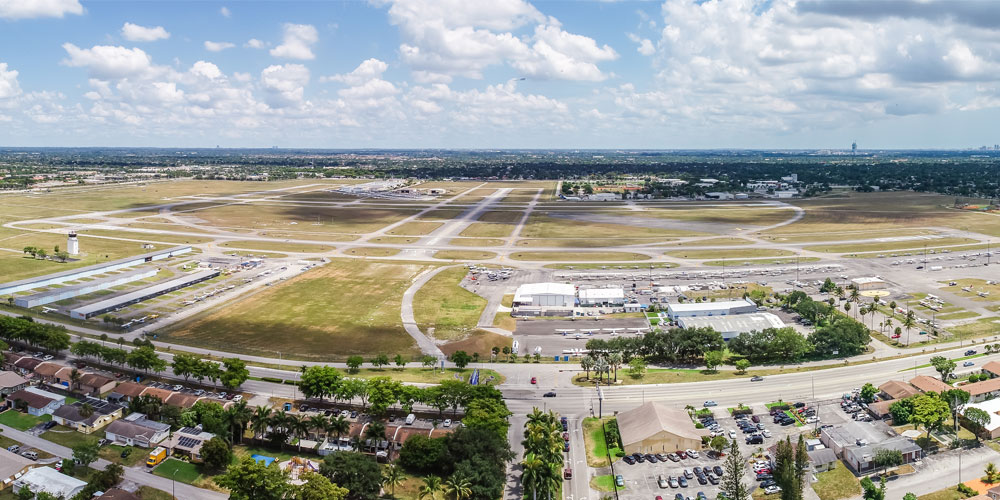 Hurricane Ian is proving to be a devastating hurricane even before making its official landfall. The storm’s wrath can be felt well outside its eyewall, as evidenced by the rash of severe weather—including at least one tornado—that ravaged part of Southeast Florida Tuesday night.

While the Miami-Fort Lauderdale area has been spared the very worst of Ian, the sprawling sub-tropical metropolis has nevertheless felt its strength in the form of intense rain bands spreading out for nearly 200 miles from the hurricane’s center.

Southeast Florida is a general aviation hub for the U.S. and the Caribbean. This vital industry was heavily impacted Tuesday night when strong thunderstorm cells spawned tornadoes in the Miami-Dade and Broward County area. Aside from residential impacts, Broward County’s GA community was particularly hard hit, with a tornado touching down at North Perry Airport (KHWO).

Breaking: Photos coming in from North Perry Airport in Hollywood, where a possible Tornado touched down. @NWSMiami pic.twitter.com/rhfbfPWWMw

Damage Is Spotty But Substantial

Reports have come in of at least 15 airplanes damaged, mainly on the north side of the field, although the south side was not spared. Aerial Banners Inc. offers aerial advertising nationwide and has one of its bases at North Perry. At least one of its Piper Pawnee banner-towing airplanes was damaged during the tornado’s touchdown. ABC News affiliate’s WPLG’s video report showed at least one of Wayman Aviation’s Cessna 172s damaged with its wing partially detached. In addition to aircraft, the report indicated that several hangars were also damaged.

Broward County Mayor Michael Udine reportedly visited the airport, which will be closed until further notice, as officials assess the damage.