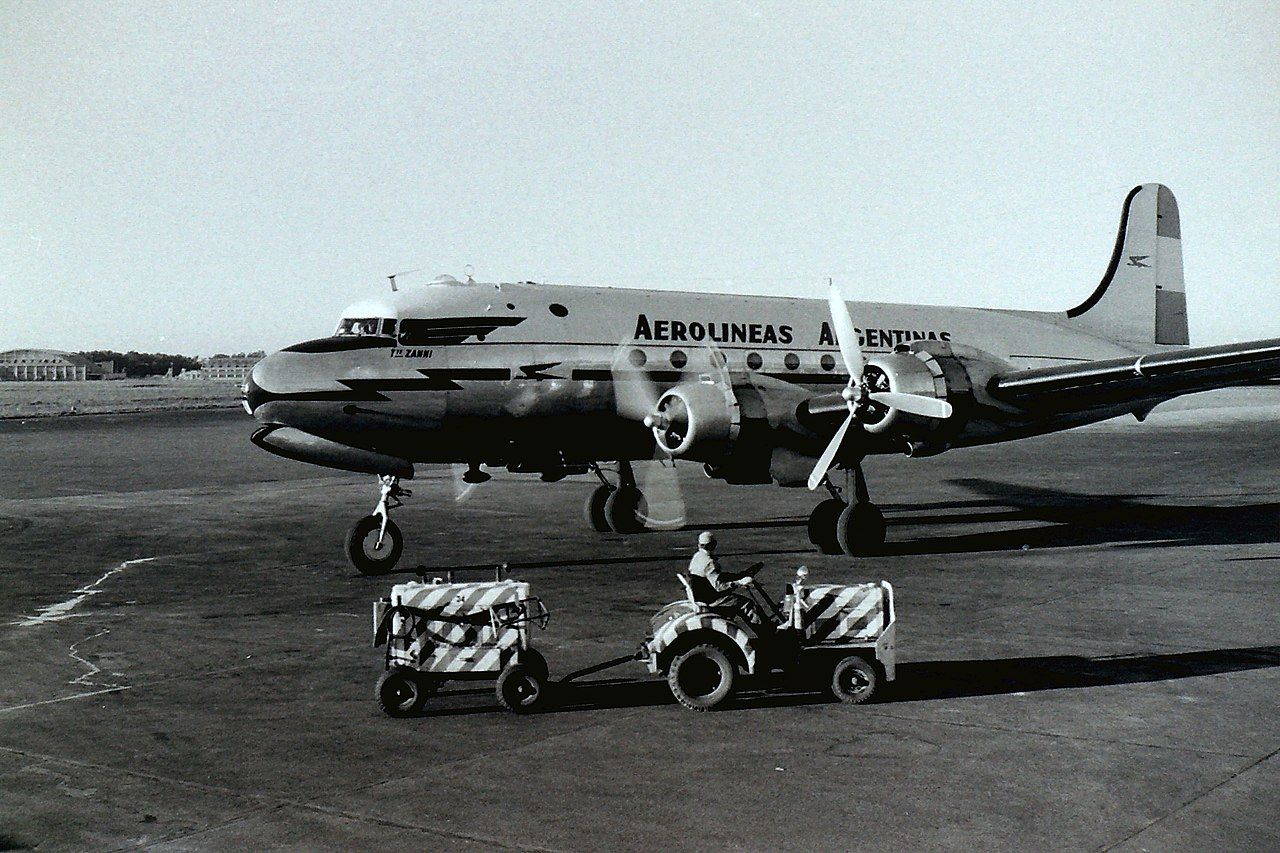 This week in 1966, Aerolíneas Argentinas Flight 648 was the subject of a political hijacking. The incident, also known as ‘Operation Condor,’ saw 18 Argentinian nationalists redirect a domestic flight. The intention of their actions was to have Argentine sovereignty recognized by the Governor of the Falkland Islands.

The flight and aircraft involved

According to the Aviation Safety Network, the aircraft operating this flight on September 28th, 1966, was a Douglas DC-4 registered as LV-AGG. ATDB.aero shows that this aircraft was just over 22 years old at the time, having initially entered service with the United States Air Force back in June 1944. Its tenure at the Argentinian flag carrier had begun just under 16 years before, in December 1950.

The DC-4, which departed Buenos Aires at 00:34 local time, had 38 people onboard, with this figure comprising 32 passengers and six crew members. More than half of these passengers would shortly be involved in the flight’s hijacking.

While flying over Puerto Santa Cruz at around six o’clock that morning, the hijackers commenced their disruptive action. Having concealed firearms in their luggage, two of the nationalists, including group leader Dardo Cabo, entered the cockpit. Holding the Captain at gunpoint, they demanded the redirection of the flight to the Falkland Islands, an archipelago off the country’s southeast coast.

Despite initial resistance from the Captain, he eventually complied with the hijackers’ demands. The passengers were informed of the flight diversion, although they were told that the aircraft would instead be flying to Comodoro Rivadavia (CRD). This prevented further alarm on their part, given the tense political situation that had been surrounding the Falkland Islands for many years.

The Dictionary of Falklands Biography notes that, when the aircraft touched down at 08:42 local time, it did so on the Stanley Racecourse. The location was chosen due to a lack of active airports in the area, as well as its proximity to the adjacent Government House, which was of interest to the hijackers. However, the plane became stuck after landing, due to its right landing gear sinking into a peat bog.

Having come to a stop away from Government House, the hijackers opted not to storm the building as initially planned. Nonetheless, when locals came to assist what they assumed to be an aircraft in distress, the nationalists still took the opportunity to proclaim Argentine sovereignty over the islands via written materials.

The hijackers subsequently took the locals hostage onboard the aircraft, later releasing them in exchange for other men. Despite the group’s desire to pursue Argentine sovereignty over the Falklands, the second day of the hijack (September 29th, 1966) saw them surrender due to cold weather. They communicated through Father Rodolfo Roel, a local priest, rather than directly with the authorities.

Upon surrendering, they were granted asylum in St Mary’s Catholic Church, and agreed to be taken to Argentina for trial. This resulted in prison sentences of several years being handed down to certain hijackers the following year. As for the aircraft, it eventually returned to Argentina 10 days after the hijack occurred.