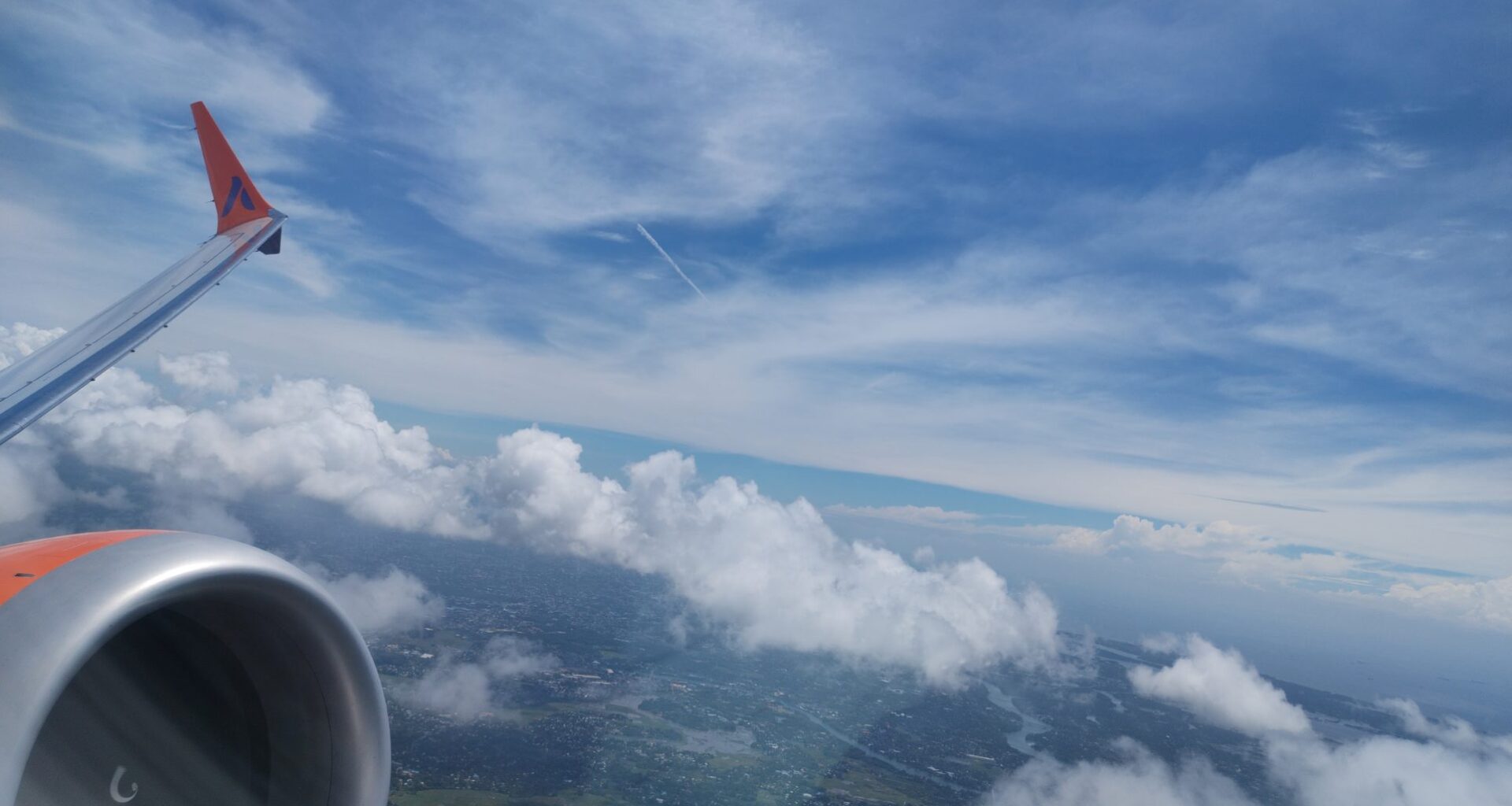 DALLAS – India’s bright orange Akasa Air (QP) jets are the newest to join the subcontinent’s skies. The airline kicked off operations with an ever-strong marketing effect that reached all corners of the globe with the late Big Bull’s backing.

The question is, what’s it like to fly on QP? I recently flew on their fourth Boeing 737 MAX, VT-YAE, the airframe just over three years old, on a short hop from Kochi (COK), south India, to Bengaluru (BLR).

I hate to break it to you, but online check-in wasn’t a pleasant experience. Upon commencing the process, it’s the “select seat” page that gets to you.

As for one who doesn’t care about what seat is given, the belief is that it’ll be auto-assigned during check-in and I went under the same impression but that didn’t happen. You literally have to select a seat from what’s displayed and pay the price ( middle seats beyond a particular row are free).

On discussing with an Akasa agent on call, he mentioned the website doesn’t have the auto-assign feature and advised me to check in person.

Kochi’s ever-south Indian architecture never fails to impress, right from the red roofs to the individual waiting for wooden chairs in the waiting area. Boarding commenced earlier than planned, through zones, and everyone was onboard in under 15 minutes.

My first time on the MAX and I was in love with the aircraft I made my way to seat 4A and the large window was such a big win – a great view of the CFM LEAP 1B. Besides, the window gives you such an overview from the tarmac right below to the sky.

The cabin crew soon came out distributing bottles of water prior to pushback, a really nice gesture, as for most Indian carriers water remains a freebie but is usually handed while on a cruise.

The seats turned out to be different than what I had expected. On the first pair of MAX jets, the seats wore a pungent purple color and seemed to have some cushion in them. Well, VT-YAE was grey, thinner, and slightly harder-padded than usual.

While QP is the first carrier in India to offer USB ports on its aircraft, I again failed to sight them onboard VT-YAE. Something to think about?

Doors closed, push and start were done by a SpiceJet (SG) ground team, perhaps QP uses them in many airports given the SG was the first and only other Indian airline to use the MAX. The taxi out was quick and no traffic beside us at that moment.

The MAX roared ever so silently down runway 27 and took to the skies with a right turn direct to Bangalore.

Cruise and Descent over Bengaluru City

For those interested to treat your tummy, Akasa cafe offers a variety of multi-cuisine hot meal options but only if pre-booked. The onboard menu however also features a list of items, most ready-made instant heated options, quite similar to other Indian carriers. Here’s the menu for you

Kochi to Bengaluru is at 366 kilometers as the crow flies, we were up to FL290 in no time and the cruise lasted just a few minutes before a long descent to BLR commenced.

The coming down was just great, a complete overview of Bengaluru city with a sight of Jakkur Aerodrome and Yelahanka Air force station. Bangalore is sure to surprise you with its sheer size and population density.

After a right turn and a stretched downwind for BLR’s runway 27R due to multiple aircraft lined up on finals, we finally got our turn to make it in. A glimpse of Bengalururs new terminal 2 in the background on landing.

On a short tail note, I had a pleasant experience, except for the online check-in that seems to be getting on many people’s nerves with complaints all over social media.

The win is really the Boeing 737 MAX, with a spacious 32-inch seat pitch and great window that gives you more lighting and improves the feel on board. Didn’t get to nibble on something but the menu did seem appetizing for a longer flight.

Akasa receives a new MAX jet at a rather very frequent interval, the fleet stands at seven strong as of today. The network is growing, most city pairs are between metro cities. QP finally hit the northeast side of the country after commencing flights between Guwahati and Agartala.

For its first full month of operations, September, the carrier held 1% of the total market share. What about International flights?

“We all know that you need twenty aircraft to do international [operations]. We do that in May [next year]. We will look to start international operations by the middle or the later [part] of next year. Which routes, which destinations? I think it all comes down to where the bilaterals are on both sides,” said Praveen Iyer, Chief Commercial Officer, as stated on AirInsightGroup.

Featured and all images and videos: Author