The U.S. Air Force’s top-secret stealth bomber, the Northrop Grumman [NYSE: NOC] B-21 Raider, will officially be unveiled for the first time in public the first week in December, the aircraft manufacturer confirmed Tuesday.

Six bombers are currently in final assembly at the manufacturer’s facility in Palmdale, California, the company said.

“The B-21 Raider unveiling will be a historic moment, providing an exclusive view of the B-21 aircraft,” Northrop Grumman said in a statement.

While the rollout date for the aircraft developed in secret has been revealed, questions remain about specifically how much of the bomber will be revealed to the public during the event. “You probably won’t see it from all aspects,” said Maj. Gen. Jason R. Armagost, Global Strike Command’s director of strategic plans, programs and requirements, according to Air & Space Forces Magazine.

The first B-21 flight is projected for 2023 and will be scheduled based upon the outcomes of ground tests, Northrop Grumman said. The stealth bomber is designed to carry out long-range conventional and nuclear missions and is slated to hit full operations in the mid-2020s.

Earlier this year, the manufacturer announced the aircraft had successfully completed loads calibration testing. The ground testing milestone in early May focused on instrument calibration and verifying structural integrity of the bomber. Following the testing, the aircraft was then expected to proceed into additional ground testing phases, which include powering up the aircraft, subsystem testing, engine runs, and low-speed and high-speed taxi tests.

“The B-21 is the most advanced military aircraft ever built and is a product of pioneering innovation and technological excellence,” Doug Young, sector vice president and general manager, Northrop Grumman Aeronautics Systems said in a statement.

Northrup Grumman was awarded the B-21 Engineering and Manufacturing Development contract to build the stealth bomber in 2015, and was expedited production through digital engineering and advanced manufacturing techniques, the company said.

The Air Force has said it intends to purchase at least 100 aircraft that will form the backbone of the service’s bomber force.

The B-21 Raider, along with modified B-52s, will form a two-bomber fleet that will incrementally replace the aging fleet of B-1 Lancer and the B-2 Spirit bombers.

Last year, the Air Force announced the B-21 Raider is headed to Edwards Air Force Base, California, where the 420th Flight Test Squadron will plan, test, analyze, and report all ground and flight testing. 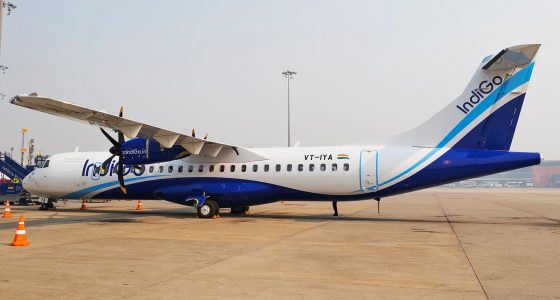