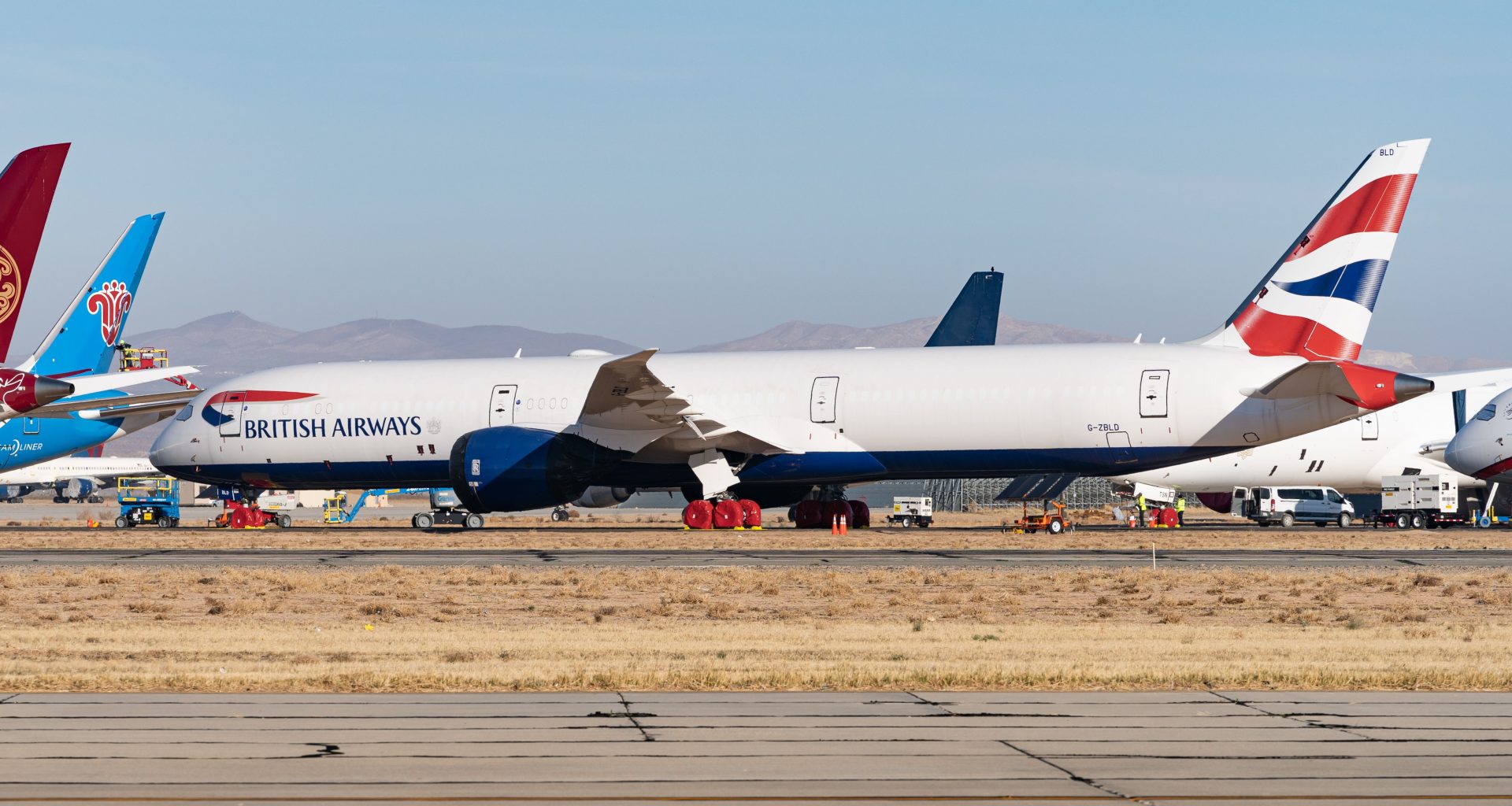 Boeing resumed 737 MAX deliveries in late 2020, though it wasn’t long before the company had another issue on its hands. While the Boeing 787 Dreamliner model wasn’t grounded as a whole, the American planemaker halted deliveries of its latest widebody for more than a year. Now, deliveries have resumed again, with American Airlines taking the first 787 since.

British Airways grew its Boeing 787 fleet slightly at the weekend, with the delivery of its third 787-10. The aircraft, G-ZBLF, was delivered on Saturday from Charleston, United States. This marked the first delivery of the type to British Airways since June 2020.

While some of British Airways’ 787-10s have been sent to desert storage, this wasn’t the case for G-ZBLF. Instead, it stayed put in Charleston, making one flight away from the Boeing plant to Myrtle Beach and several others taking off and landing in Charleston.

The delivery flight took just over seven and a half hours. Photo: FlightRadar24.com

On Friday, the plane took off again, though this time it had a British Airways flight number instead of the previous BOE 109. BA9602 departed from Charleston at 19:18 local time. The plane headed across the Atlantic, touching down at its new London Heathrow home at 07:52 after seven hours and 34 minutes in the sky.

Readers may notice that the aircraft’s registrations delivered to British Airways are not in consecutive orders. While Boeing has built the aircraft with intermediate registrations, these haven’t been delivered. According to BOE Family Flights, seven British Airways Boeing 787-10s have so far been built. Three of the four undelivered aircraft were sent to storage but have since been removed,

British Airways has 12 Boeing 787-10 aircraft on order. This July, the airline’s owner IAG indicated when the remaining nine aircraft would be delivered to the British flag carrier. In its most recent quarterly results, IAG revealed that all nine aircraft will be delivered between 2022 and 2024. Six more 787-10 aircraft are available as options should British Airways wish to exercise them. The airline’s Boeing 777X fleet will follow from 2026, assuming no further delays to the program.

Are you excited to see British Airways Boeing 787-10 deliveries resuming? Let us know what you think and why in the comments below!