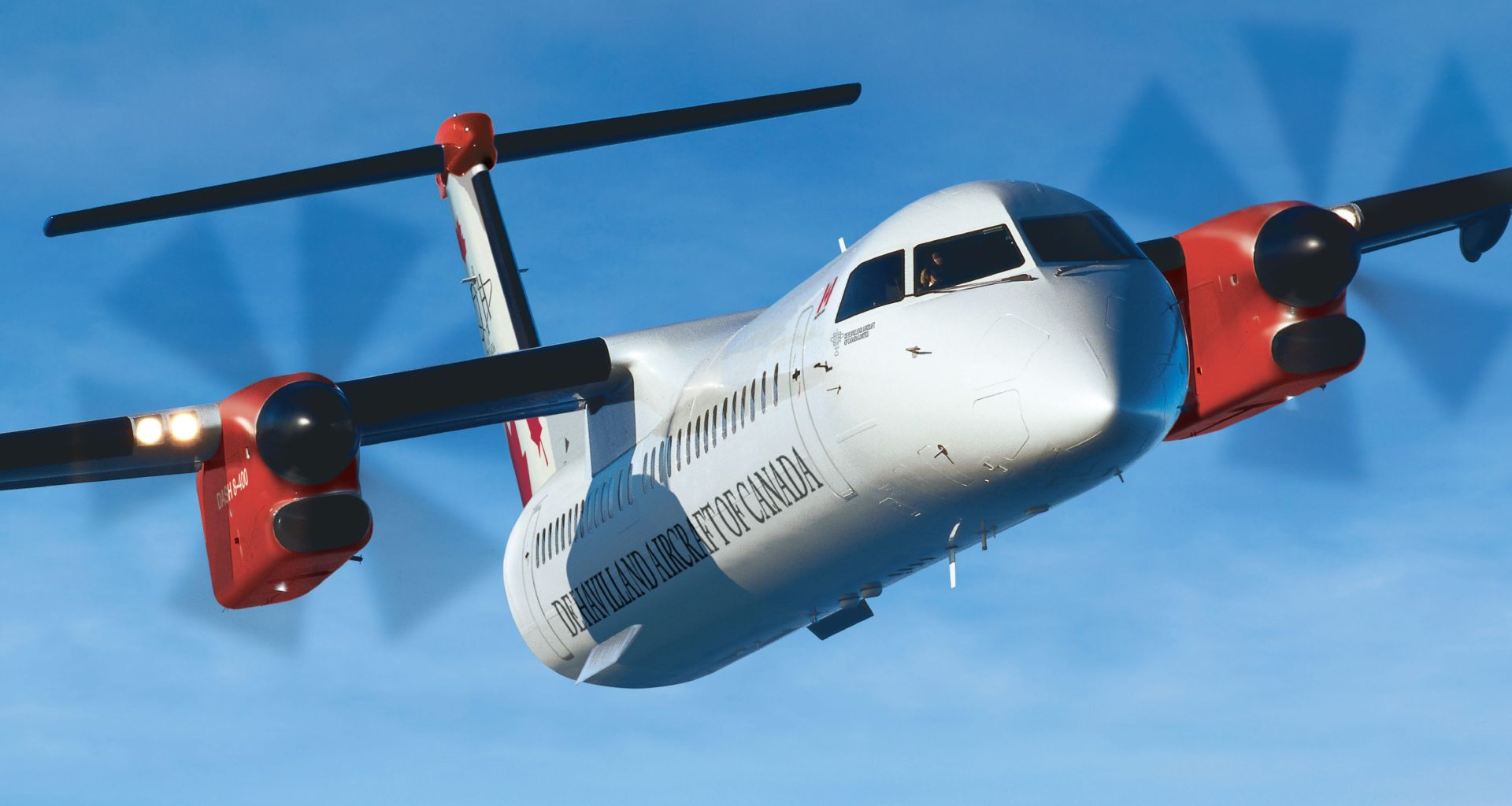 De Havilland has been on a production pause for the Dash 8-400 since mid-2021. It had stated in February last year that it would not produce any more Dash 8s after its current backlog had been completed, and also revealed plans to exit its historic production site at Downsview, a location it had been building airplanes at since 1929.

Now, it seems the company has found a new home, almost 2,000 miles away on the other side of Canada. De Havilland announced today that it would be moving to a site at Wheatland County, Alberta, approximately 30 minutes to the east of Calgary.

The site will be the final assembly line for the new DHC-515 firefighter as well as the Dash 8 and DHC-6. Photo: De Havilland

The site will house the final assembly line for the DHC-515 firefighter, a new aircraft launched earlier this year, as well as the DHC-6 Twin Otter and the Dash 8-400. The company said in a statement,

We are currently working towards bringing the DHC-6 Twin Otter and Dash 8-400 aircraft back into production.

The pause on Dash 8 production came during the pandemic, as demand for new aircraft of all sizes slowed. At the same time, De Havilland’s lease on the site at Downsview was coming to an end. Nevertheless, the company always said it remained committed to the type and to restarting production as soon as demand allowed.

De Havilland noted that it is currently undertaking a significant review of the DHC-6 Twin Otter, making sure the product is a good fit for the current operating environment. It expects to complete this by the end of 2022, at which point the firm will understand better its focus and direction for future Twin Otter production.

Only then will attention turn to the Dash 8 production. It stated that it is seeing more of the grounded aircraft put bac into service, but said that the Twin Otter review will be undertaken before anything happens with the Dash. De Havilland stated,

Once we have completed our review of the DHC-6 Twin Otter, we will begin our Dash 8 review to determine a path to resuming production.

De Havilland will consider the Twin Otter’s future before turning its attention to the Dash 8. Photo: De Havilland

Following in the footsteps of a certain US planemaker, De Havilland’s new site in Wheatland County will be named ‘De Havilland Field.’ At present, the development of the site is subject to a re-zoning by the county, as well as an amendment to the Wheatland County Area Structure Plan.

The site, spread across 1,500 acres, will be a very modern facility indeed. Photo: De Havilland

Once completed, the site will house state-of-the-art aircraft assembly facilities, a runway, centers for parts manufacturing and distribution as well as a maintenance, repair and overhaul facility. The manufacturer is also planning an educational space for training its new workforce, as well as office space and, most excitingly, a De Havilland Canada aircraft museum.

“De Havilland Field will be the home of assembly and production of reliable and rugged Canadian aircraft that serve missions around the world. This is the start of a new chapter for both De Havilland Canada and Canadian aerospace and we are excited about beginning the process with Wheatland County to provide new aviation opportunities for Canada and Alberta.”

The total construction is expected to take up to 15 years to complete. Photo: De Havilland

In total, the site will comprise some 1,500 acres, and will take many years to build out to its full scale. The firm is hopeful of the re-zoning happening before the end of 2023, but expects to take 10 to 15 years to complete the entirety of the construction. Nevertheless, it anticipates the first buildings becoming operational by 2025.