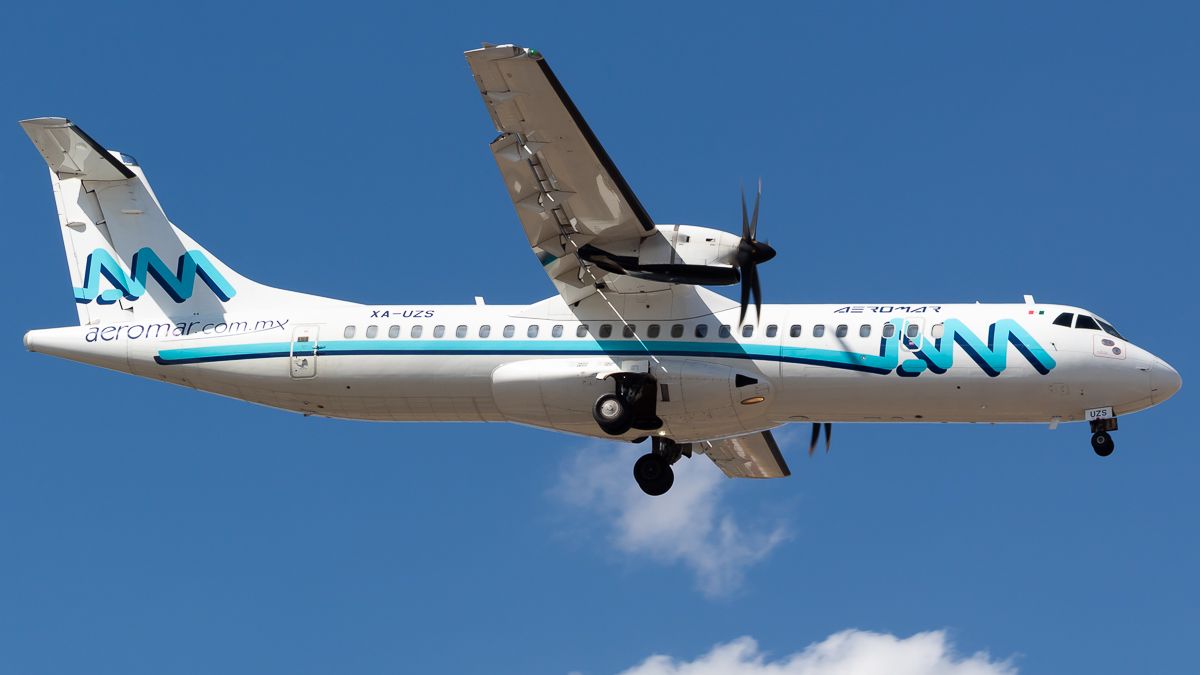 The Mexican carrier Aeromar has recently launched new routes departing from Mérida International Airport (MID). Although the airline seems to be facing financial troubles, it continues to grow by adding point-to-point connectivity throughout Mexico, employing its ATR-based fleet.

The Merida-Cozumel route began operations on September 18th and has four weekly frequencies, while the Merida-Chetumal route began operations on Monday and has six weekly frequencies. The airline employs its ATR fleet to operate these two routes. Aeromar has six active aircraft currently, two ATR 42-600 and four ATR 72-600, according to data by ch-aviation. These planes have the capacity to carry up to 48 and 72 passengers, respectively.

During the inauguration of the routes, Juan Ignacio Rossello, Aeromar’s commercial director, said,

“With these new routes, Aeromar consolidates itself as an option for regional travel and confirms that the company has concrete plans for development and expanding in the short, medium and long term, based on the strengthening of the business plan. We continue working on increasing our air connectivity and betting on new routes and destinations, on which we think there is a great opportunity for recovery and development; in this way, passengers can have an alternative journey and the best experience when flying with Aeromar.”

Aeromar is one of the oldest airlines still active in Mexico. Additionally, it is the only ATR operator in this country, mainly serving point-to-point routes appealing to the business traveler. However, it is also looking to cater to the leisure traveler.

As of September 2022, the airline operates around 270 flights per week on 24 routes, including a few international such as flights from Guadalajara International Airport, Mexico City Benito Juárez International, and Monterrey International to McAllen, Texas.

The airline is far from fully recovering compared to 2019 levels, prior to the COVID-19 pandemic. According to data by Cirium, Aeromar is offering 46.5% fewer flights and 48.9% fewer seats this month compared to September 2019. Operationally, this lack of capacity has led to lower passenger numbers, carrying only 235,648 passengers between January and July 2022, versus the 449,189 passengers carried three years ago. That’s a 47% decrease compared to pre-pandemic traffic levels.

Aeromar flies to 24 destinations, including McAllen and Havana. After Mexico City (where it has 85 landings per week), Puerto Vallarta (PVR), Guadalajara (GDL), and Zihuatanejo (ZIH) are Aeromar’s top destinations.

Earlier this year, it was reported that Aeromar was on the brink of disappearing. The airline owes at least US$3.5 million in fuel to the State fuel provider. It is also in heavy debt with its labor force and Mexico’s tax authority. The pilot union of Aeromar recently stated that there are at least two investors interested in saving Aeromar. If Aeromar were to disappear, it would become the second Mexican airline to cease operations following the COVID-19 pandemic. The first one was Interjet.

What do you think about Aeromar’s new routes? Let us know in the comments below.