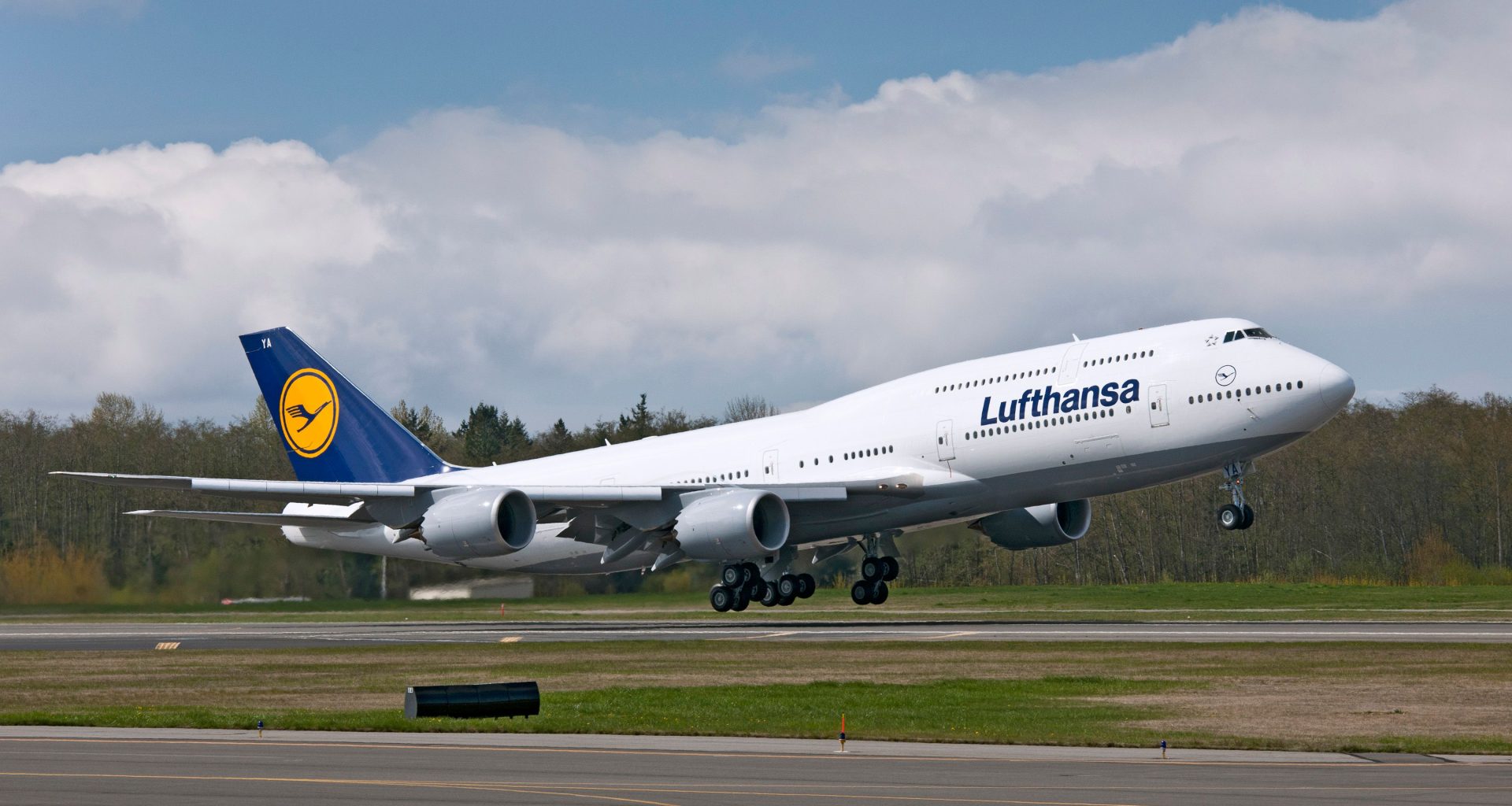 Aircraft noise has been one of the biggest concerns for airlines, airport authorities, and people residing near airports since the beginning of the jet age.

Due to this reason, over the years, regulators and aircraft manufacturers have been quite involved in finding new ways to reduce the noise generated by aircraft. Most of the noise in an aircraft is generated by its engines. However, this is not the only source. Noise is also generated by the airframe and from the various systems in the aircraft, such as the air conditioning system.

In the early jet engines, the thrust was produced by compressing, burning, and then expelling out a small amount of air. The idea was to impart a large acceleration on a relatively minute amount of air. When this air is expelled out of the exhaust, there is a large difference in velocity between the atmospheric air and this exhaust air.

When these two very different airflows mix together, it creates a shear layer which results in the generation of high-frequency noise with a small turbulence area. As you move away from the exhaust, the frequency of the noise reduces while at the same time, the turbulent area increases. It is this low-frequency noise that is mostly heard by humans as it can travel longer distances.

To reduce noise in these early engines, the exhausts got modified. It was modified such that the exhaust area of the engine was fitted with internal mixer units. These mixer units mixed ambient air or, in the case of low bypass ratio engines, a very small amount of bypass air with the core airflow before being expelled out of the engine.

This allows for quicker mixing of the airflow, which increases the frequency of the noise, many times higher than the audibility level of a human being. The high-frequency noise also gets absorbed by the atmosphere much more easily. Additionally, the mixing also reduces the velocity of the flow before it is exhausted out of the engine, further reducing the noise footprint.

Mixer units like the corrugated mixers are highly inefficient as they reduce the performance of the aircraft due to the added drag and weight. So, they were not very popular.

Modern engines are high bypass ratio engines, where most of the air that enters the engine bypasses the main core. This type of engine works by imparting a small acceleration on a higher mass flow of air. This reduces the velocity difference between still air and the air expelled out of the engine, reducing the noise generated by the engine.

The exhaust of high bypass ratio engines has such low noise levels that it no longer is the greatest generator of noise in the engine. In such an engine, the fan in the front and the turbines tend to generate more noise than the exhaust. To reduce the noise levels of the fan and the turbines, special noise-absorbing materials are used. These acoustic linings are placed around the engine intake and in those areas of the engine where noise is predominant, such as near turbines and compressor stages.

Noise absorbing materials are placed on areas of the engine which generates most of the noise. Picture: Oxford ATPL.

Airframe noise is produced by the airflow that is moving around the aircraft. A smoother aircraft makes less noise. However, the aircraft structure has inconsistencies. The various sensors, windshields, windows, and antennae can cause noise levels to increase as air flows around them.

When high lift devices, such as the flaps and the slats, are lowered, the noise level increases further. By far, the biggest contributor to noise in the airframe is the landing gear. When the gear is lowered, there is a significant increase in noise levels.

The air-conditioning system and the APU

The air conditioning system of a large aircraft also contributes to noise. As the system uses an air cycle machine that has a compressor and turbine assembly, when turned on, the noise levels around the aircraft increase quite significantly.

The APU, or the Auxiliary Power Unit, is a small turboshaft jet engine that is used to power the aircraft systems and provides air for the main engine start-up. Like any other jet engine, it is a major generator of noise.

Noise abatement procedures in the air

The noise of an aircraft disturbs the local communities and those living around the airports during takeoffs and landings. And thus, there are procedures designed by airport authorities and sometimes the regulators to reduce noise levels. The pilots are supposed to adhere to these procedures as long as safety is not compromised.

In NADP 1, the noise is reduced in the early parts of the takeoff because the aircraft is allowed to climb without pitching down. In a typical take-off, the flaps are retracted way below 3000 ft and for that, the aircraft’s nose must be lowered to accelerate, which reduces the climb performance. So, this type of noise abatement reduces noise emission to neighborhoods near the vicinity of the aerodrome.

The NADP 2 helps to reduce noise in neighborhoods that are located far away from the aerodrome. The early acceleration and retraction of flaps increase noise emissions close to the aerodrome as the climb performance is reduced due to the aircraft nose being lowered. However, the retraction of flaps reduces drag on the aircraft, which gives a better climb performance later on. For comparison purposes at 3000 ft, when NADP 2 is followed your aircraft will be at a higher altitude when compared to an aircraft that followed NADP 1.

The methods to reduce noise levels on approach and landing vary. There are several ways by which noise can be reduced.

For starters, the pilot can choose the lowest available flap setting for landing. The higher the flaps setting (that is, the lower the flaps), the higher the drag, which in turn increases the noise profile of the aircraft. Also, to counter this drag, more engine thrust is required, which again increases the noise levels. For example, in Airbus aircraft, a pilot is allowed to land with either full flaps or flaps at position 3. The latter reduces noise quite significantly.

The pilots can also adjust their descent profiles so that a level off close to the ground is avoided. This so-called continuous descent approach reduces the requirement for the application of high thrust by the engines, which reduces the noise produced by the aircraft.

The pilots can reduce noise levels by using lower flaps for landing. Picture: Biggerben via Wikimedia

The other interesting method is to use of a steeper approach. A steep approach allows the aircraft to maintain the approach speed with less amount of thrust, which reduces noise. The London City Airport in the UK has a 5.5-degree glide slope to reduce noise for the benefit of the residents living near the airport. This is quite steep, considering a typical approach does not normally exceed 3.5 degrees.

The approach at London City is performed by flight crew who are specially trained to do that on aircraft that are certified for steep approaches. What this means is that not all aircraft can be put on a steep approach safely. Thus, pilots should not knowingly steepen their approach to reduce noise in an airport without such a requirement.

The former Bombardier cseries, current Airbus A220 being tested to fly in and out of London City. Airplanes need special modifications to fly there. Picture: Bombardier

In many airports, the APU must be shutdown and GPU connected to reduced noise. Picture: Joe Kunzler | Simple Flying

Noise reduction on the ground

Over the years, airports have come up with solutions to reduce noise on the ground. In some airports, for instance, the use of APU is prohibited when parked at the gate. Once at the gate, the APU must be shut down, and a Ground Power Unit (GPU) and an air conditioning unit can be connected to the aircraft to provide power and cooling. The APU can only be restarted when the aircraft is ready for pushback.